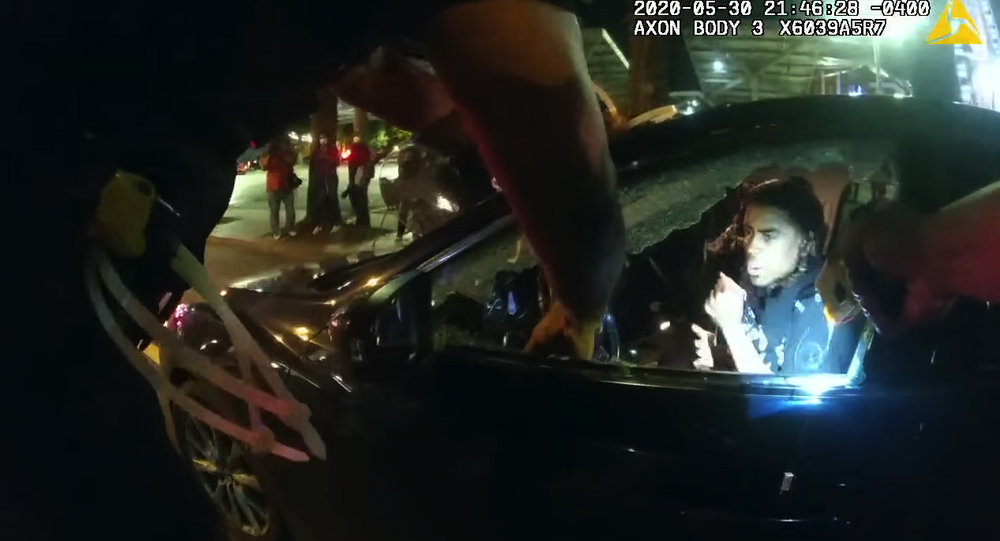 Two investigators of the Atlanta Police Department (APD) in Georgia have been terminated after footage from Saturday night showed the two officers smashing a car’s windows and deploying their stun guns on two college students who allegedly violated the city’s curfew.

"After review of that footage, Chief [Erika] Shields and I have made the determination that two of the officers involved in the incident last night will be terminated immediately," Bottoms, a former attorney and judge, noted on May 31.

"There clearly was an excessive use of force. We understand that our officers are working very long hours under an enormous amount of stress, but we also understand that the use of excessive force is never acceptable.”

Video of the scene was uploaded to the internet by reporter Brittany Miller over the weekend, showing the now-terminated officers smashing the driver and passenger windows of the Mazda sedan before pulling 22-year-old Messiah Young and 20-year-old Taniyah Pilgrim out of the vehicle. Gardner and Streeter are then seen deploying their respective stun guns on each student.

Be advised, this footage contains images and sounds that some may find disturbing.

I watched this unfold last night. Go to my IG page for the FULL VIDEO and more details (it’s too long for Twitter). Instagram: @Brittmtv pic.twitter.com/ajwWCCtwUJ

A total of five officers were associated with the incident. While Garner and Streeter have lost their jobs, the remaining cops have been placed on desk duty, pending further investigation of the matter.

The APD has also released seven videos with related body camera footage, which showed that Pilgrim and Young were initially stopped around 9:30 p.m. local time in downtown Atlanta for a minor violation of Atlanta’s 9:00 p.m. curfew. Officers claim the situation escalated after one cop presumed Young was reaching for a firearm. However, no weapon was recovered from the scene.

"I am genuinely sorry. This is not what we are about,” Shields said to the two students during the Sunday conference. She went on to assert that Gardner and Streeter are “good guys” and had been with APD for 22 and 16 years, respectively.

"I know them as individuals. I’ve worked with the one for over 20 years. But they made that level of mistake that cannot be rolled back.”

Young and Pilgrim attend Morehouse College and Spelman College, respectively. Both schools released statements in support of the students.

The emergence of this viral video comes alongside nationwide demonstrations in honor of George Floyd, a 46-year-old unarmed black man who died last week after being detained by several Minneapolis Police Department officers. Derek Chauvin, a white officer who kneeled on Floyd’s neck, has been arrested and charged with third-degree murder and second-degree manslaughter.

Activists have called for charges to also be leveled against the three officers who were fired from the force alongside Chauvin. Local and federal investigations remain active, the latter of which is looking into possible hate crime charges.