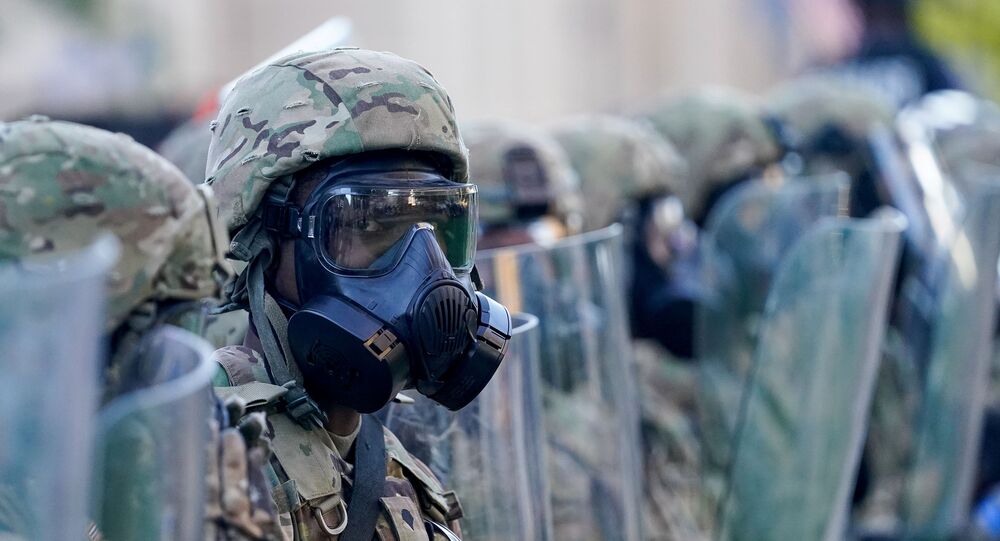 Numerous US cities have been experiencing acts of violence, vandalism, arson, and looting after some of the protests over the death of African-American man George Floyd turned into violent riots.

The White House has announced plans to deploy additional "federal assets" across the US in a bid to curb the violence linked to the protests over the killing of George Floyd, an African-American man, in Minneapolis, Minnesota. According to the statement, President Donald Trump wants US streets to be "dominated" by the National Guard and local police forces for the sake of restoring order.

The measure is a result of Trump's consultations with Secretary of Defence Mark Esper, Chairman of the Joint Chiefs of Staff Mark A. Milley, and Attorney General William Barr. White House spokeswoman Kayleigh McEnany announced that a dedicated body will be created to coordinate the actions of the White House with state and municipal governments in regards to stopping the wave of violent demonstrations.

US President Donald Trump previously pressured the governors of states where protests were taking place to call in the National Guard in order to cope with the violent rioters. POTUS argued that the violent demonstrations were being led by the Antifa movement and promised to blacklist the group by designating it as a terrorist organisation.

US Cities on Fire Amid Riots

The protests rocking the US began in Minneapolis after a local resident, an African-American man named George Floyd, was killed by police while being arrested. One of the policemen put his knee on Floyd's neck and kept it there even after he said that he "can't breathe" and begged for air. All four officers were fired, with the one who put his knee on Floyd's neck being arrested on murder charges.

The demonstrations condemn alleged police negligence towards the lives of black people, recalling earlier incidents where police have killed unarmed African-Americans. However, many of the protests have descended into rioting, resulting in acts of violence, arsons, vandalism, and looting.

Mayors of some of the affected cities have requested the National Guard’s assistance or introduced curfews, while others are trying to cope by using only local police forces.