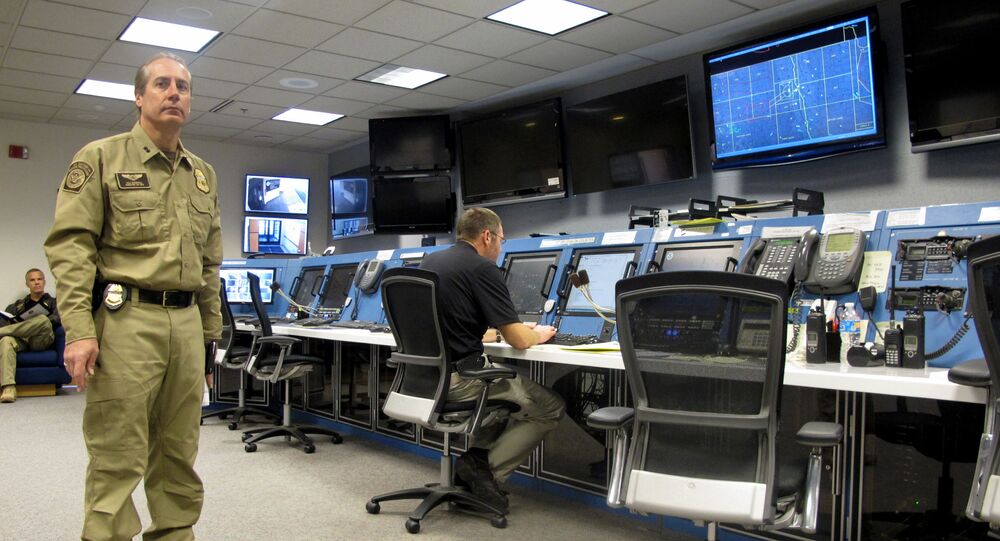 WASHINGTON (Sputnik) - Two US airmen have died during a shooting incident at the Grand Forks Air Force Base in North Dakota on Monday morning, according to an official press release on the incident.

The incident is contained and there is no ongoing risk to other personnel at the base at this time, the incident also said.

The incident is currently under investigation, the release added.

© AFP 2021 / SPENCER PLATT
FBI Warned of ‘Loophole Used by Foreign Extremists’ to Buy Guns Months Before Pensacola Shooting
On 21 May, the shooting erupted near the base's North Gate early morning local time. However, the shooter at the US Naval Air Station (NAS) Corpus Cristi in the state of Texas has been quickly "neutralised", according to the Navy's statement.

On 6 December 2019, a Saudi pilot trainee opened fire at the US Naval Air Station Pensacola, killing three US sailors and wounding eight others before the authorities shot him dead.

Shortly after the incident, the United States terminated all operational training for Saudi servicemen for an indefinite period.