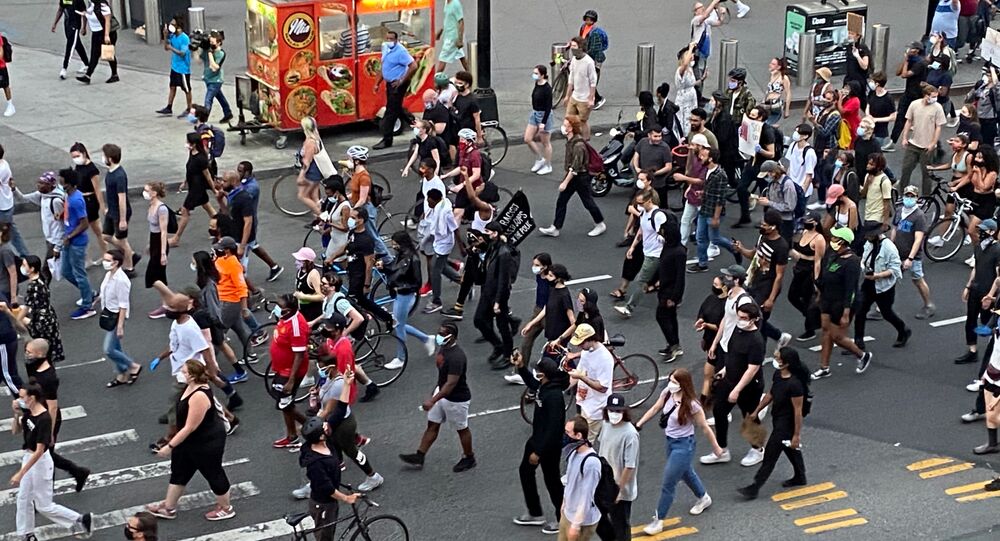 Public unrest has been shaking the United States since 26 May, after an African-American man died following being detained by four police officers in Minneapolis.

The live broadcast shows activists in New York protesting against racism after the death of George Floyd.

Multiple US cities saw a fifth night of violence on 30 May, with police using tear gas and rubber bullets to disperse protesters. What started as anti-racism demonstrations soon descended into vandalism and looting.

The protests were sparked by a video circulating online showing Derek Chauvin, a white Minneapolis police officer, pinning Floyd, who was unarmed, to the ground with his knee; Floyd repeatedly said that he couldn't breathe until becoming unresponsive. Chauvin has been charged with third-degree murder and second-degree manslaughter. A total of four police officers have been fired in connection with the incident.