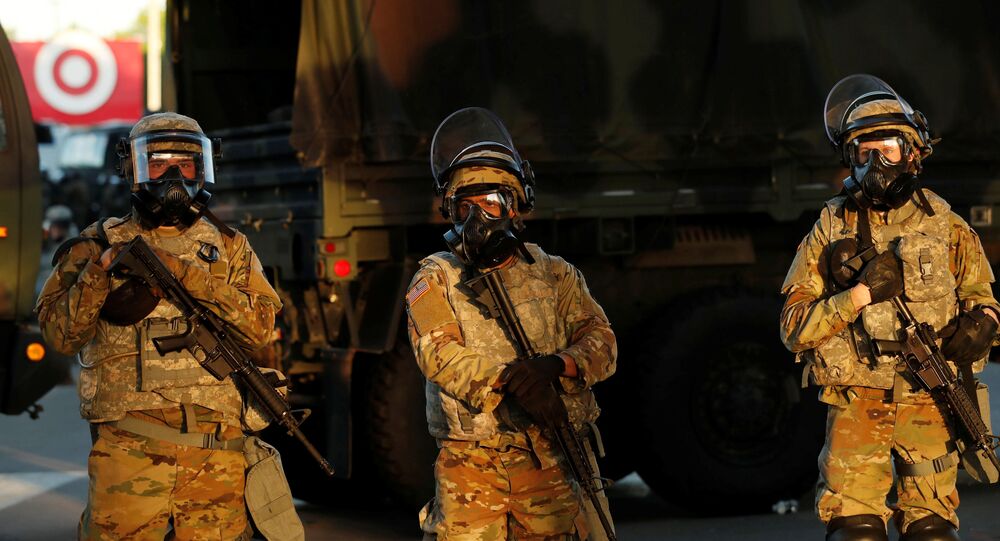 The US has for five days straight been seeing countrywide protests over the death of African-American man George Floyd at the hands of a police officer, forcing some state governors to call in the National Guard to stop the looting, vandalism, and violence.

US President Donald Trump has announced that the US government will designate the Antifa movement as a terrorist organisation, thereby effectively making it illegal on American soil. The president labelled the group "anarchists" and praised the National Guard for stopping them in Minneapolis, Minnesota.

POTUS argued that the violent rallies across the US are being led by Antifa, while the "lamestream media" are sowing "hatred and anarchy" by spreading "fake news".

Congratulations to our National Guard for the great job they did immediately upon arriving in Minneapolis, Minnesota, last night. The ANTIFA led anarchists, among others, were shut down quickly. Should have been done by Mayor on first night and there would have been no trouble!

The president urged the governors of other states to follow Minnesota’s suit and use the National Guard to crack down on the group "before it is too late". Trump suggested that even Minneapolis should have called them in earlier than it did.

US Cities on Fire as Riots Continue

Minneapolis became the cradle of the current protest movement rocking American cities from coast to coast after an African-American resident of the city, George Floyd, was killed while being detained by local police officers. One of them pressed his knee to Floyd's neck, despite the man complaining that he "can't breathe".

The incident sparked demonstrations against police brutality and negligence regarding the lives of African-Americans, and while some of them have remained peaceful, many have turned into violent riots accompanied by looting and arsons of public and private property.

The spate of violence has forced the mayors of Minneapolis and Los Angeles to call in the National Guard, despite initially being reluctant to do so. Eight more states have activated their National Guard units as well, while several cities have announced curfews in a bid to curb the riots.