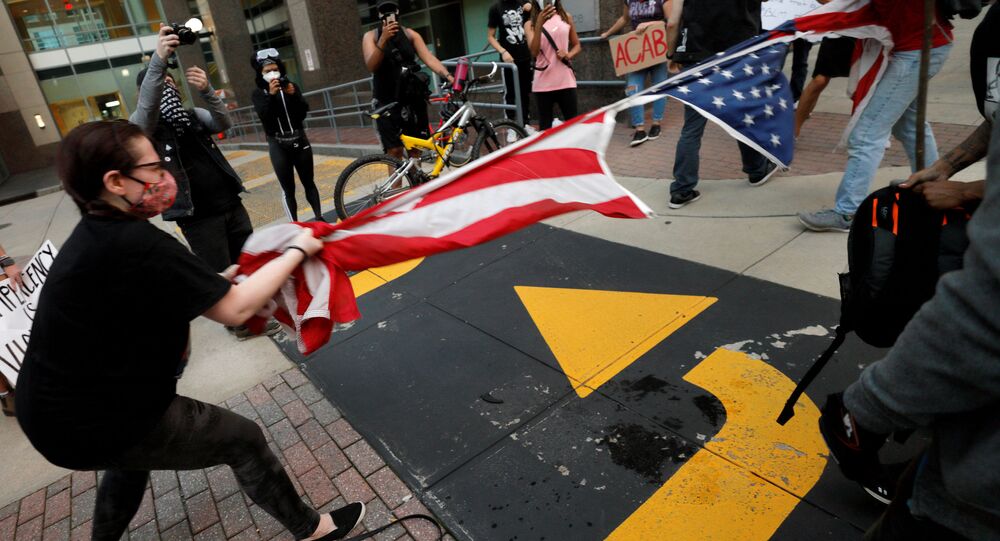 Since Floyd's death 25th May, angry citizens in virtually every major city in America have taken to the streets to demand justice for Floyd, who died after now-former Minneapolis police officer Derek Chauvin knelt on his neck for over eight minutes.

"I’m disappointed, shocked there has been no Democratic lawmaker in the last 72 hours who have focused on the criminal activities of these individuals who are not protesting. These are criminals breaking the law using the guise of caring about George Floyd,” Terrell lamented.

Minnesota governor Tim Walz issued a curfew in response to widespread insurrection in his state, and called for an end to "looting and recklessness."

"We can't have it, because we can't have it in society. I refuse to have it take away the attention from the stain we need to be working on," he said.

Some Democrats have blamed the President for the unrest - California lawmaker Maxine Waters said she was “thinking about the way that the president conducts himself”.

“He’s dog-whistling, and I think they’re feeling they can get away with this kind of treatment. And I’m just so sorry about the loss of another life,” she said.

However, Terrell dismissed such accusations, thanking Trump “for prompt action”, “getting the attorney general involved in this and the county district attorney for filing charges”.

“What cannot happen is this Democratic silence,” he cautioned.

Floyd died 25 May in Powderhorn, a neighbourhood south of downtown Minneapolis, Minnesota. While Floyd was handcuffed and lying face down on a city street during an arrest, police officer Derek Chauvin kept his knee on the right side of Floyd's neck for 8 minutes and 46 seconds, 2 minutes and 53 seconds of which occurred after Floyd became unresponsive.

© REUTERS / ERIC THAYER
US National Guard Won’t Be Deployed to Tackle George Floyd Protests at This Time, Trump Adviser Says
Ever since, major US cities have been rocked by vast protests, which have extended to rioting and looting.

Chauvin, who has a documented history of heavy-handed behaviour, was charged 29th May with third-degree murder and second-degree manslaughter. No charges have been brought against the three officers also present at the time.

The same day Chauvin was arrested and charged, Democrats in Congress announced a plan to convene hearings on racial violence and use of force by police.