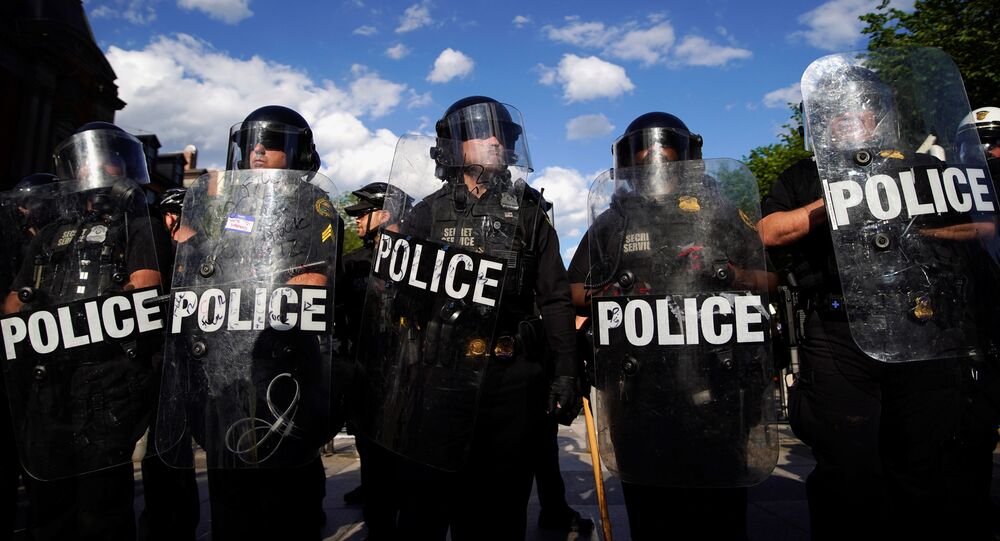 Earlier on Sunday, the National Guard said in a statement that although its servicemen have been put on heightened alert in 15 US states and Washington, DC, it is local law enforcement agencies that should tackle security amid the ongoing protests over the death of George Floyd, a black man, in Minneapolis police custody on 25 May.

National Security Adviser Robert O’Brien told reporters on Sunday that the Trump administration will not invoke federal authority over the National Guard as of today in response to wide-scale protests that are currently underway across the US following the death of an African-American after his arrest in Minnesota earlier this week.

“We're not going to federalise the Guard at this time. But, if necessary, we have further military assets that can be deployed […] if the governors and the mayors need it and they can't get control of the situation”, O’Brien said.

He promised that the National Guard will do whatever the local authorities need so as to “keep control of their cities”.

O’Brien spoke after the National Guard, the country’s military reserve force, said in a statement earlier in the day that at least 5,000 of its soldiers and airmen were on stand-by in 15 states and Washington, DC, but that it is "state and local law enforcement agencies” that “remain responsible for security”.

According to the statement, additional 2,000 National Guard troops are ready to be activated if necessary.

This came after police began clearing the streets of Minneapolis on Saturday evening, using paint cartridges against protesters.

One video clip posted on Twitter showed police firing what looked like cartridges filled with paint in order to drive residents back into their own homes, in an incident that reportedly occurred in the city's Whittier neighbourhood.

The clashes followed the ongoing unrest in a number of major US cities following the death of 46-year-old black man George Floyd in Minneapolis custody on 25 May after he was tackled and then pinned to the ground by police.

Floyd died after Derek Chauvin, a now fired police officer with the Minneapolis Police Department, refused to remove his knee from his neck.

Mobile phone footage captured Chauvin openly ignoring the African-American’s pleas, even after he repeatedly said that he could not breathe.