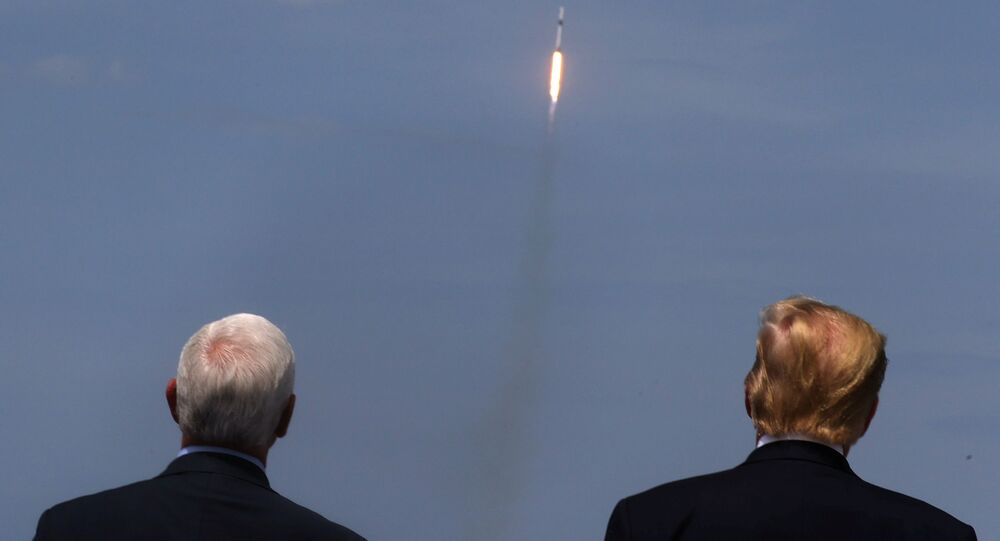 NASA earlier said the chances that the world's first commercially built manned spacecraft, Crew Dragon, would be launched to the International Space Station (ISS) as scheduled on Saturday were at 50 percent due to the weather, but later confirmed the weather at Florida's Kennedy Space Center looked good for the launch.

The SpaceX rocket with NASA astronauts Bob Behnken and Doug Hurley has been launched from the Kentucky Space Centre in Florida to the ISS, in what is the first crewed extraterrestrial mission from the United States in nine years.

"Now it's done. We have done it", NASA administrator Jim Bridenstine said after making sure the capsule was on its trajectory to the ISS.

The first and second stages of the rocket separated from the Dragon spacecraft on schedule. The reusable first stage then fired its thrusters to land on the "Of Course I Still Love You" droneship.

The docking with the ISS is set for Sunday. Bridenstine said that the two astronauts would get some rest before the berthing.

Weather conditions prevented the rocket launch on Wednesday. NASA scrubbed it some 17 minutes before the takeoff because of too much electricity in the atmosphere on the way from Cape Canaveral, Florida.

For SpaceX, the launch represents the final flight test of the transportation system it produced before being certified for regular flights carrying astronauts to and from the ISS under NASA's Commercial Crew Programme.