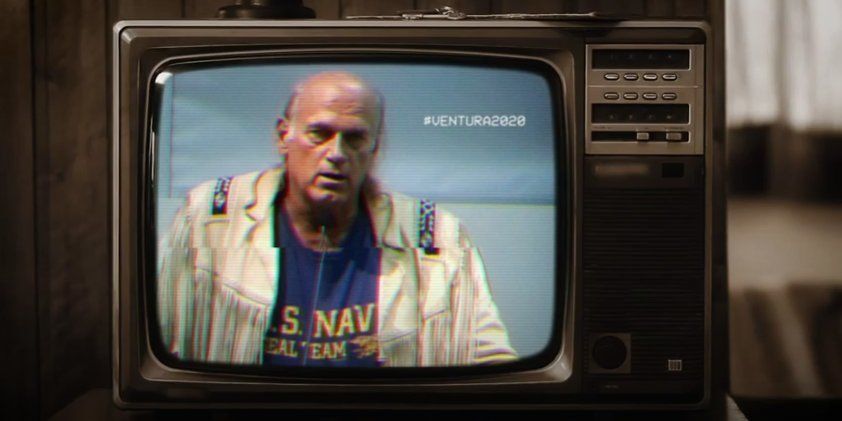 The outspoken professional wrestler-turned-governor of Minnesota expressed an interest in a run for the White House last year after blasting the two-party system as “the downfall of our country,” but noted earlier this month that the “logistics” of his employment and health insurance situation probably aren’t going to allow that to happen.

A self-described grassroots activist campaign calling itself ‘People for Jesse’ has begun a viral campaign to try to “draft” the former Navy SEAL to run in the 2020 presidential race as a candidate from the Green Party.

The three minute movie-trailer-style video features excerpts from Ventura’s speeches, and lays out a basic outline of a policy platform based on his stance on the issues, from single payer healthcare and the ‘Green New Deal’ to universal education, with the former Minnesota governor saying the US could afford to spend more resources on its people if it wasn’t spending them in foreign wars.

The video also calls for an end to the “two party dictatorship,” quoting Ventura’s 2011 comments on America’s political duopoly at a Google Talk: “The state of our country today – we’re in a mess. And who is to blame? The Democrats and the Republicans. They have been in charge for my entire life. How can we take our country back today? Simple: Stop voting for Democrats and Republicans.”

“If they got the friggin guts to let me in a debate, I’ll come in and destroy their two candidates and steal the election in November, just like I did in Minnesota,” Ventura says in another excerpt, referring to his surprise victory in the 1998 Minnesota gubernatorial election, where he defeated both the Republican and Democratic candidates in a historic upset.

‘People for Jesse’ encourages people to sign up and write the former governor messages of encouragement to run. The campaign’s video has been picked up by the Jimmy Dore Show, and been viewed tens of thousands of times across various platforms as of this writing.

Ventura announced that he was going to “test the waters” for a presidential run in April, endorsing the Green Party and saying it would be his first choice if he did run. A month later he said he probably would not be running, since it would require him to lose his job and health insurance to qualify.

OK, I've decided I'm going to test the waters. IF I were going to run for president, the GREEN party would be my first choice. I've endorsed the party and I'm testing the waters. #mondaythoughts #MondayMorning #MondayMotivaton #MondayMood

Ventura served as governor of Minnesota between 1999 and 2003, and as mayor of Brooklyn Park, Minnesota between 1991 and 1995. He served in the US Navy’s Underwater Demolition Team during the Vietnam War, and made his claim to fame as a professional WWF wrestler from 1976-1986, going by the ring name Jesse ‘The Body’ Ventura.

Ventura’s Twitter followers have been calling on him to run for months, urging him to make good on Trump’s promises of “draining the swamp” of Washington corruption.