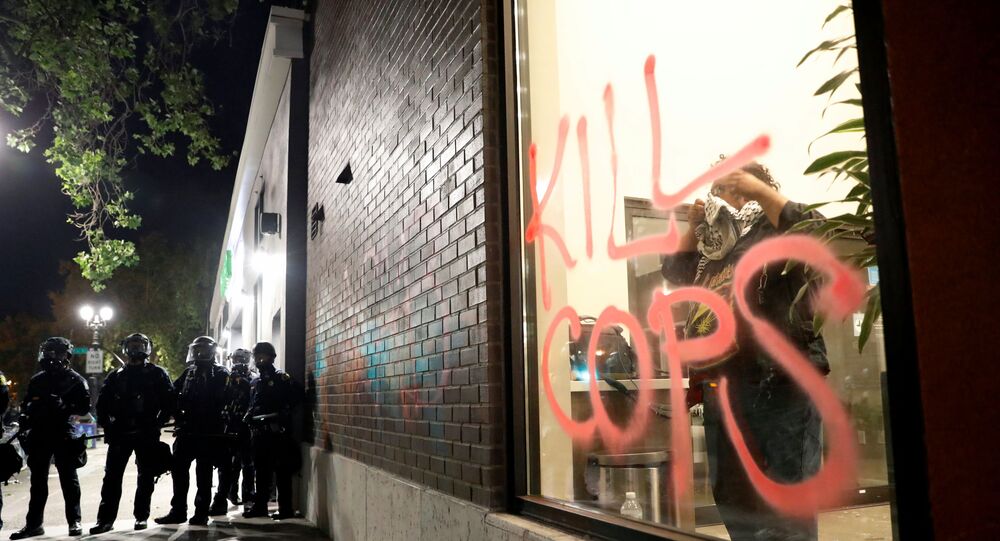 Rioting erupted in the US on Tuesday after the death of George Floyd, an African-American man who died on Monday after being arrested by law enforcement officers in Minneapolis.

What started as a peaceful protest against the death of George Floyd soon turned into rioting and looting in Portland as demonstrators set fire to the police headquarters, attacked several banks and looted luxury stores, including Louis Vuitton.

​​Meanwhile, riots are underway in Minneapolis despite a curfew, with protesters looting shops and setting banks, gas stations and police precincts on fire.

The protests have already spread to other US states and cities: in Texas' Houston alone, police detained almost 200 people overnight.

US President Donald Trump said on Friday that the government cannot allow the situation in Minneapolis to descent into anarchy and chaos and let the looters in Minneapolis and other cities "drown the voices of so many peaceful protesters."

George Floyd died on Monday at the hands of Minneapolis police. The four officers who were involved in Floyd's arrest were fired the next day. One of the officers, Derek Chauvin, who was filmed kneeling on Floyd's neck for more than seven minutes during the arrest, has been charged with third-degree murder and manslaughter.