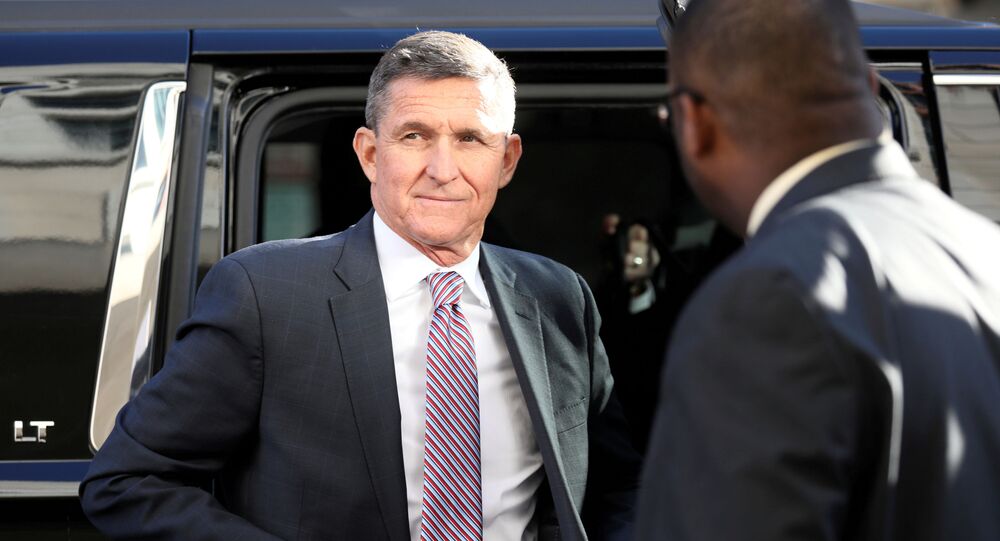 WASHINGTON (Sputnik) - Director of National Intelligence John Ratcliffe said in a statement that he has released the transcript of the December 2016 call between former National Security Advisor Michael Flynn and then-Russian Ambassador to the United States Sergey Kislyak.

"Today, the Office of the Director of National Intelligence declassified transcripts concerning Lieutenant General Michael Flynn", Ratcliffe said in the statement on Friday.

US media reported that copies of the transcript were sent to US Senators Chuck Grassley, Dianne Feinstein, Marco Rubio, Mark Warner, Ron Johnson, and to Congressmen Devin Nunes and Adam Schiff.

A copy of the transcript released by Grassley shows that Flynn and Kislyak discussed issues of mutual concern with respect to the Middle East, but also the need for bilateral cooperation on Syria as well as Russia's response to former US President Barack Obama's sanctions imposed at the end of his term in 2016.

On 1 December 2017, Flynn pleaded guilty in federal court to making false statements to the FBI. Flynn was prosecuted for lying to investigators about conversations with Kislyak, including regarding the prospects for lifting US sanctions against Moscow.

Earlier this month, the Justice Department announced it was dismissing Flynn's prosecution due to evidence that the FBI entrapped and framed him absent a crime. However, the judge in the case has put the decision on hold.