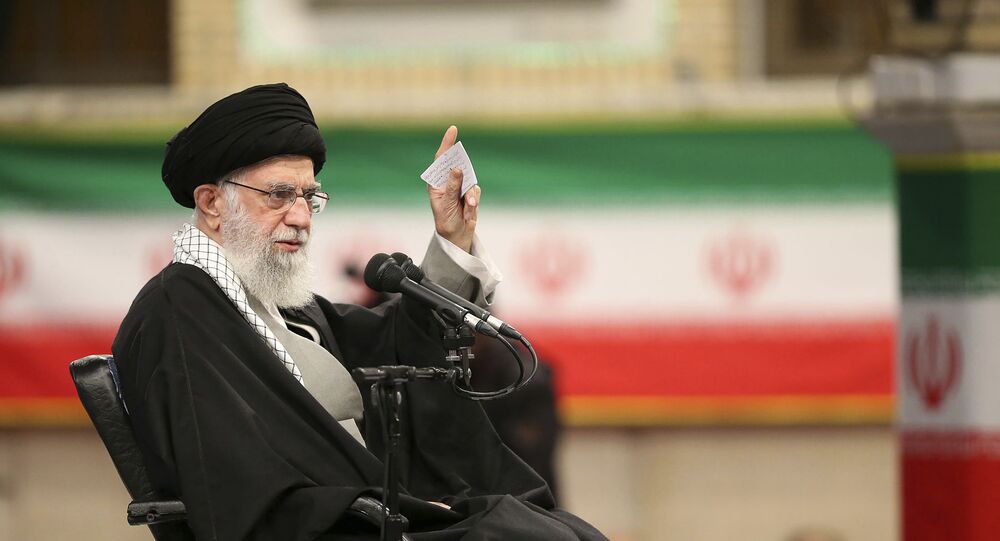 Commenting on the recent protests and riots in Minneapolis, Minnesota, following the killing of George Floyd on Monday, Iran's Supreme Leader Ayatollah Ali Khamenei posted a video to social media which argued the US’ present is evil, like its past.

The video posted by Khamenei’s English-language video account on Twitter combined images of the transatlantic slave trade, the US civil rights movement and modern-day police brutality, with comments from the supreme leader regarding race relations in the US. He added the hashtags “#ICantBreathe” and “#BlackLivesMatter” to the end of the post.

“The question of racism has not been solved yet in the country that claims to support freedom and human rights,” asserted Khamenei in the video clip. “A human, for his black skin, has no reassurance to live in that society. If needed, a police officer can beat him to death, because of his colored skin!”

If you're dark-skinned walking in the US, you can't be sure you'll be alive in the next few minutes. #ICantBreathe #BlackLivesMatter pic.twitter.com/nwR8jeUPpg

The video’s conclusion showed footage of Eric Garner being taken down by New York Police Department Officer Daniel Pantaleo, while asserting that “despite the fact that African Americans represent only 13% of the American society, 25% of the victims of police brutality are black.”

The supreme leader has recently come under fire for his social media remarks against the “Zionist regime” in Israel. Khamenei tweeted on May 20 that Iran would "support and assist any nation or any group anywhere" in its struggle against Israel.

Two days later, Khamenei doubled down on his assertion, labeling the “Zionist regime” a "deadly, cancerous growth and a detriment to this region."

Over in the US, it was announced Friday afternoon that ex-Minneapolis Police Department Officer Derek Chauvin, a 19-year veteran of the force, had been arrested and charged with third-degree murder and manslaughter in connection to Floyd’s death.

Chauvin was one of four officers fired in connection with the May 25 incident. New footage from the scene shows that Chauvin was not the only officer kneeling on Floyd around the time of his death.

The National Guard has been called in by Minnesota Governor Tim Walz, and the armed troops of the militia force are expected to assist in defending peaceful protesters and businesses from future riots.

A US Predator drone was called to Minneapolis to "provide live video to aid in situational awareness at the request of our federal law enforcement partners in Minneapolis," according to a statement from the US Customs and Border Protection (CBP). However, the drone was recalled after the requesting agency informed the CBP that it was no longer needed.

Videos: White House Under Lockdown Amid 'Justice for Floyd' Protests in Washington, DC