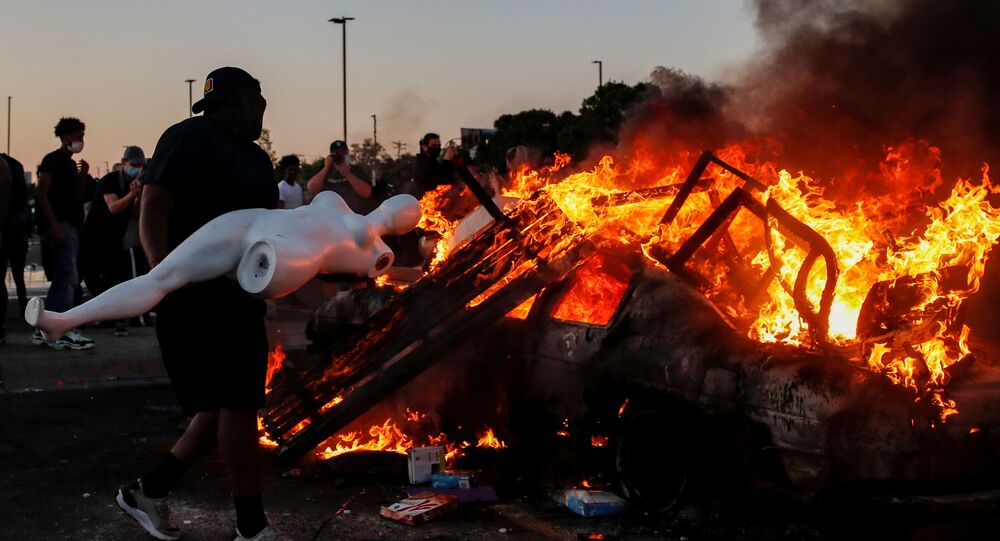 Minnesota Governor Tim Walz has already activated the state's National Guard amid the ongoing protests and riots in the wake of George Floyd's death in Minneapolis on Monday.

US President Donald Trump has assured Minnesota Governor Tim Walz that the military is ready to provide assistance and quell the ongoing unrest in Minneapolis, if local authorities don't bring the city under control. Widespread riots and looting were triggered by the death of George Floyd, an African-American man who was tackled by several police officers before being pinned to the ground by his neck and later dying in police custody on Monday.

Walz has already signed an executive order activating the National Guard in order “to help protect Minnesotans’ safety and maintain peace in the wake of George Floyd’s death”.

“It is time to rebuild. Rebuild the city, rebuild our justice system, and rebuild the relationship between law enforcement and those they’re charged to protect. George Floyd’s death should lead to justice and systemic change, not more death and destruction. As George Floyd’s family has said, ‘Floyd would not want people to get hurt. He lived his life protecting people.’ Let’s come together to rebuild, remember, and seek justice for George Floyd," he said.

Meanwhile, Minnesota National Guard Maj. Gen. Jon Jensen said in a statement tweeted by the service's account that they are "ready and prepared to answer the Governor's request. We are currently in process of assigning and preparing units to respond".

George Floyd, a 46-year-old black man died on Monday after being tackled by police. One of the four officers involved held a knee to the neck of the man, who was saying "I can't breathe". The police were responding to a call by a local grocery store, according to which Floyd had tried to pay with a $20 bill that was allegedly counterfeit.

After a video of the incident emerged online, protests erupted in Minneapolis, and have since been ongoing for a third consecutive night. Protesters have smashed and set fire to the local precinct where the responding officers, who have since been fired, worked; local retail stores were soon also looted. Police have responded to the protests with prolific use of tear gas and fired so-called nonlethal ammunition into the crowds.