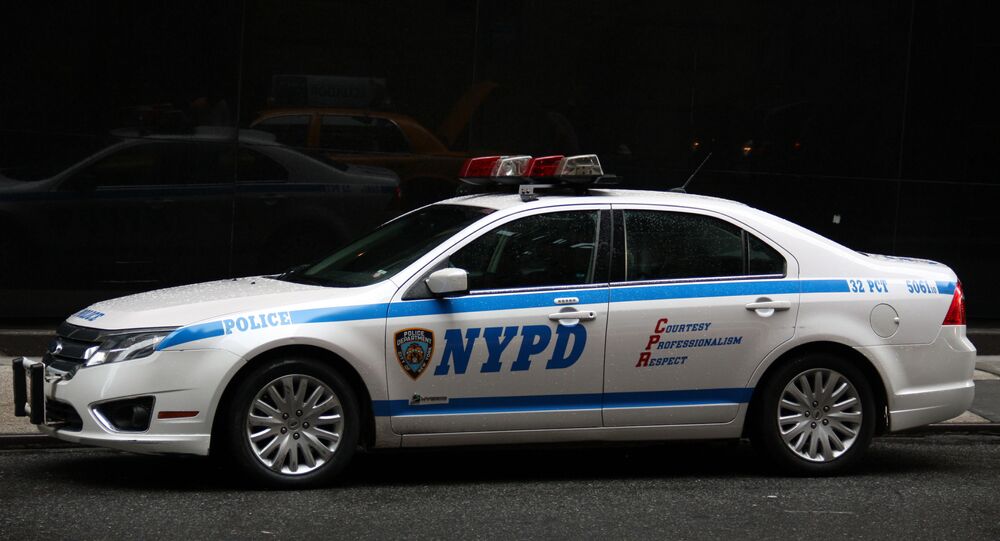 On Wednesday, President Donald Trump ordered the FBI and the Department of Justice to investigate the "tragic death" of 46-year-old Minneapolis resident George Floyd.

A total of 40 people have been detained during a demonstration in Union Square in Manhattan, the New York Police Department said, as quoted by local media. Protesters marched down to City Hall, chanting slogans against police violence including: “No justice, no peace” and "I can't breathe" - Floyd's words he said to a police officer while pinned to the ground with the cop's knee on his neck.

In greenwich Village New York City protest for George Floyd is escalating as multiple arrests, and officer is injured. pic.twitter.com/EsGdZVPGml

There were several scuffles between demonstrators and officers present at the scene, with protesters throwing bottles at the cops.

According to the NYPD sources, cited by the New York Post, at least five of the arrests were made near East 13th Street and Fourth Avenue. Two officers were injured during the clashes, police said. Charges against the detainees include assault of a police officer, criminal possession of a weapon, and civil disobedience.

Violence flares at New York city protest, arrests made, there is a large police presence. pic.twitter.com/rkuRkNnc4S

The protests were sparked by the death of George Floyd, an African American man, who was filmed during the arrest on Monday evening in Minneapolis, Minnesota, and who died in a local hospital shortly afterward. According to the footage, a police officer pinned Floyd to the ground with his knee and refused to stop after the man repeatedly told him he could not breathe.

On Monday night, the Minneapolis Police Department said in a press release that police responded to a call of a "forgery in progress" and found Floyd sitting on top of a blue car and appearing to be under the influence. The release said Floyd physically resisted officers when they handcuffed him, noting that he appeared to be suffering "medical distress". Later, four officers involved in Floyd’s arrest were dismissed.