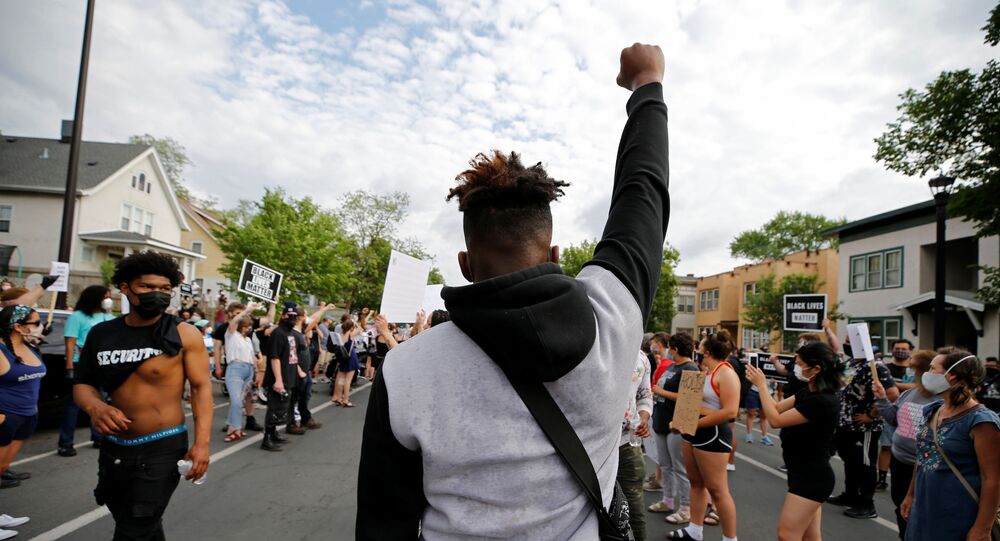 Protests, which became violent at some point, erupted in Minneapolis on Monday after a video of a black resident pinned to the ground by police went widely public.

Citizens are demonstrating in Minneapolis on Thursday, as the uproar with the local police over black man George Floyd's death continues.

According to the footage circulating on social media, a police officer pinned Floyd to the ground with his knee and refused to stop after the man repeatedly told him he could not breathe. He died at a local hospital shortly thereafter.

On Wednesday, President Donald Trump ordered the FBI and the Department of Justice to investigate the incident, adding that "justice will be served".