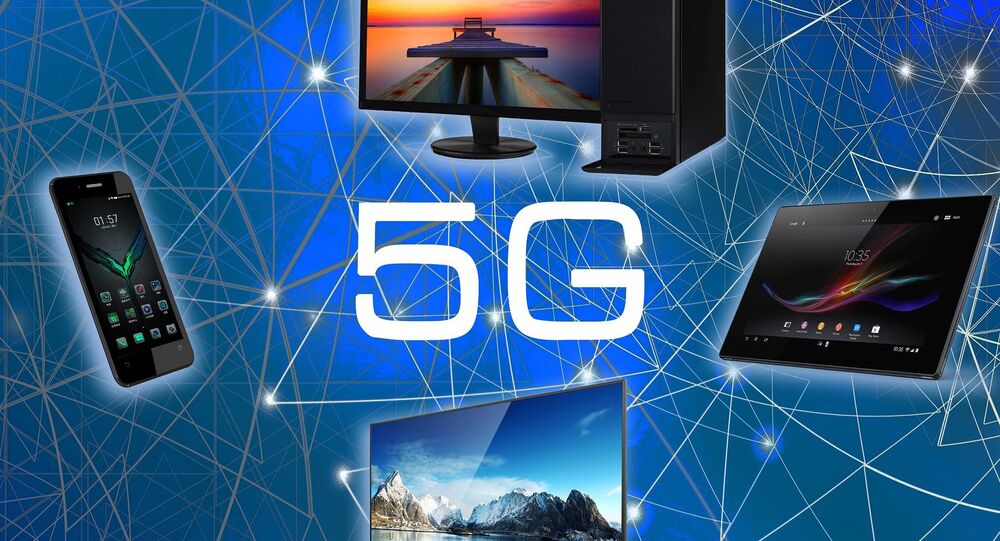 WASHINGTON (Sputnik) - The US Air Force Warfare Center in the state of Nevada plans to start construction of a prototype 5G mobile phone network beginning in July, with plans to have the system up and running by January 2021, the Defense Department said in a press release on Thursday.

"The Defense Department [DOD] recognizes 5G technology is vital to maintaining America's military and economic advantages," Technical Director for 5G Joseph Evans said in the release. "We expect to start construction on the network at Nellis [Air Force Base] in July and have it fully operational in January of next year."

Testing of the 5G network will then continue in three 12-month phases, the release said.

The network will feature relocatable cell towers that can be set up and taken down in less than an hour, the release said.

Testing will involve mobile operations centres where team members will use the network while on the move, the release also said.

Plans call for a network that will allow operators to dedicate portions of the system for specific uses, such as operating software application. The system will also be designed to interface with legacy and future generations of mobile networking, the release added.

The development of 5G promises exponential increases in data transmission speeds that, for example, could allow an entire weapons system to be controlled from a single mobile phone, according to industry experts.