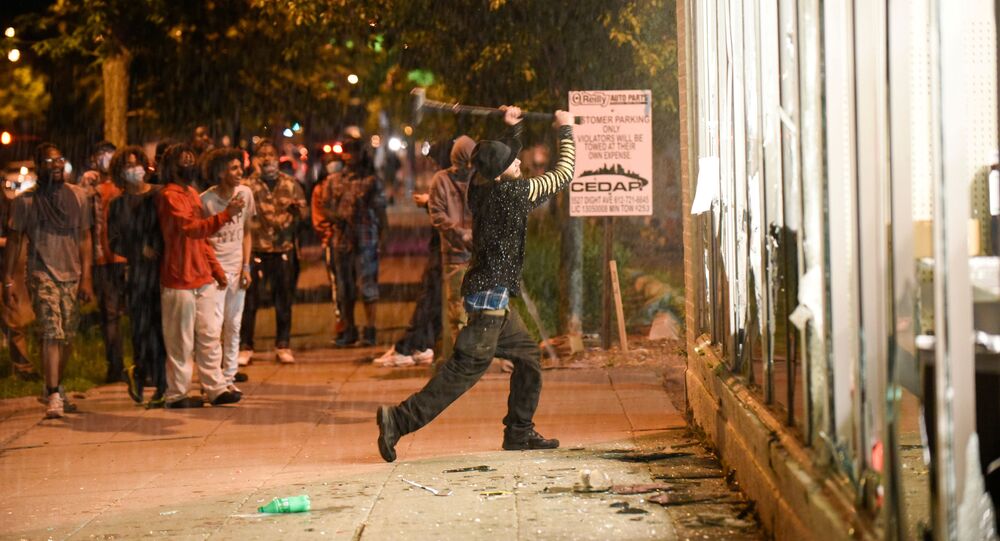 Earlier this week, US President Donald Trump said he requested the federal investigations into the "tragic death" of 46-year-old Minneapolis resident George Floyd, who died after a police officer had refused to remove his knee from his neck.

UN High Commissioner for Human Rights Michelle Bachelet in a statement on Thursday called on the US authorities to take serious action to stop killings of unarmed African Americans by police officers, following the most recent murder of George Floyd in Minneapolis.

"The US authorities must take serious action to stop such killings, and to ensure justice is done when they do occur," Bachelet said. "Procedures must change, prevention systems must be put in place, and above all police officers who resort to excessive use of force should be charged and convicted for the crimes committed."

A video that went viral on Tuesday showed a non-resisting and handcuffed Floyd lying on his stomach and pinned to the ground by a white police officer with a knee on his neck. Floyd repeatedly said he could not breathe, and after several minutes he became unresponsive.

On Wednesday, US President Donald Trump announced that he had requested the federal investigations into the "tragic death" of 46-year-old Minneapolis, Minnesota, resident George Floyd.

The death of Floyd has sparked violent protests against police brutality in Minneapolis.