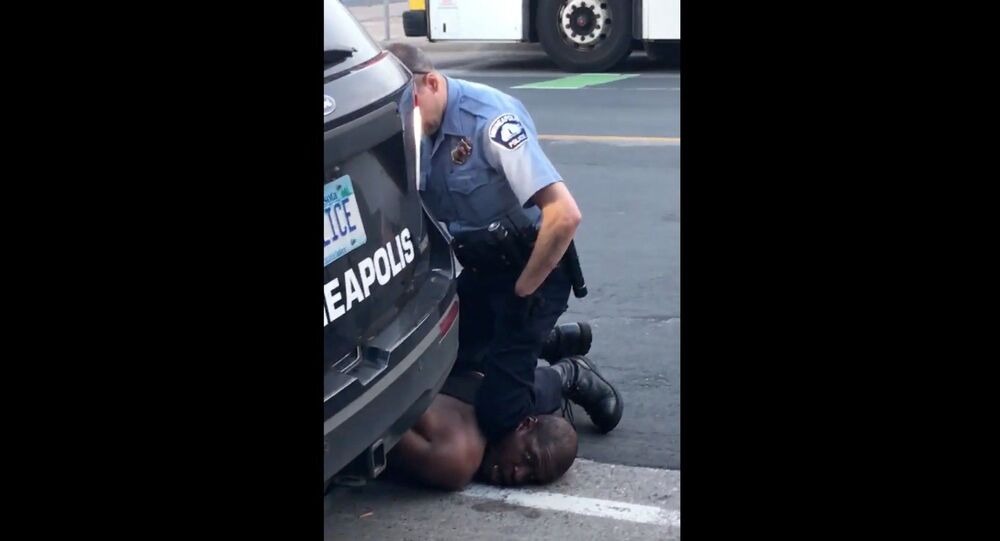 'Justice Will Be Served': Trump Says FBI, DoJ Probe in George Floyd Murder Will Be 'Expedited'

US President Donald Trump announced Wednesday that he had personally requested the federal investigations into the "tragic death" of 46-year-old Minneapolis, Minnesota, resident George Floyd be expedited so that justice may be served.

Trump added that he applauds the work that has been done thus far by local law enforcement following Floyd's death on Monday.

....I have asked for this investigation to be expedited and greatly appreciate all of the work done by local law enforcement. My heart goes out to George’s family and friends. Justice will be served!

This came alongside Jacob Frey, the Democratic mayor of Minneapolis, demanding that Chauvin, who can be seen in footage of the arrest with his knee on Floyd's neck, be charged in the 46-year-old's death.

While the initial police report on the incident claimed that Floyd was resisting arrest, recently released footage from the scene appears to show otherwise.

A number of protests have taken place in Minneapolis since Floyd's death. Footage posted to social media showed police responding to demonstrations with riot gear and chemical agents. Frey argued that while he understands the outrage, the right to assemble is lost when lives are put at risk.

Aerial footage from Wednesday demonstrations in Minneapolis provides a glimpse into a recent scene involving the deployment of tear gas.

Chopper images from KSTP-TV: "There goes the gas again." Protests continue in South Minneapolis in response to the killing of George Floyd at the hands of the inherently white supremacist police force. pic.twitter.com/29w1zZq4oH

A number of demonstrations are also being organized in Floyd's hometown of Houston, Texas.

“It’s the state that hands the police a license to kill,” Sean Blackmon, cohost of By Any Means Necessary on Radio Sputnik, argued to Political Misfits hosts Bob Schlehuber and Jamarl Thomas on Wednesday.

“We definitely should push for justice in these individual cases,” he noted, but a “complete systemic change” will have to occur before the US sees major reform and prevents events such as Floyd’s death from being commonplace.

Blackmon argued that this change is unlikely to come about until “the system of capitalism itself is no longer the dominant mode of production in the United States.”

'Pathetic and Feckless': US Senators Demand Removal of Swastikas from Military Cemeteries