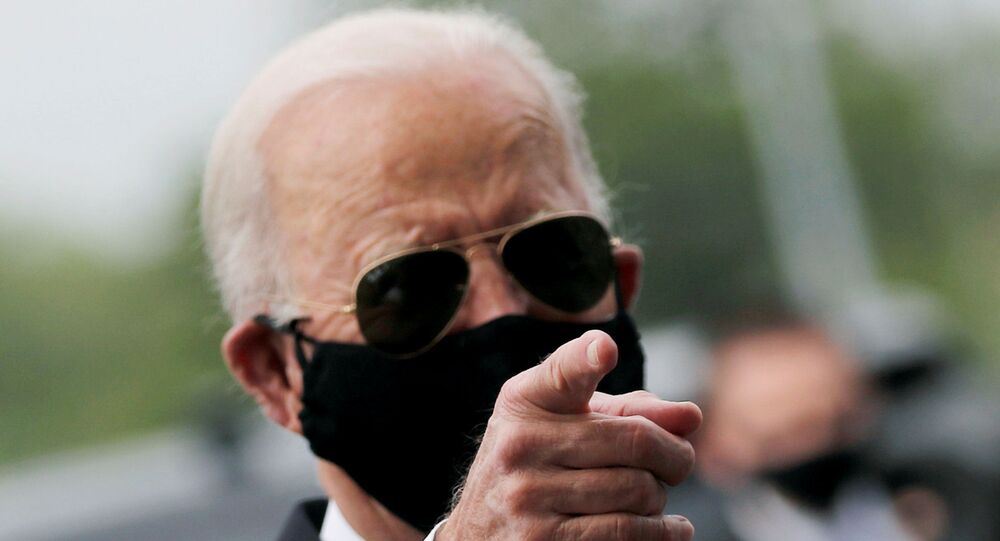 Biden Attacks Trump for Not Wearing Mask in Public: 'This Macho Stuff Is 'Stoking Deaths'

Following his Tuesday remarks, Biden changed his profile picture on Twitter to the one of him wearing a black mask during a Memorial Day ceremony.

Presumptive Democratic nominee Joe Biden has once again attacked his rival in the 2020 election, President Donald Trump, now criticising him for not wearing a protective mask during events on Memorial Day.

The former vice president expressed dissatisfaction that "some" had mocked him for wearing a mask, saying that "presidents are supposed to lead, not engage in folly and be falsely masculine".

"An absolute fool to talk that way. I mean every leading doc in the world is saying we should wear a mask when you're in a crowd", Biden said in an interview with CNN. "This macho stuff, for a guy -- I shouldn't get going, but it just, it costs people's lives. It's costing people's lives. It's stoking deaths."

When speaking on the jokes about his masks, Biden, apparently, referred to White House press secretary Kayleigh McEnany's comments, who said that it was peculiar that the former vice president did not wear protection at his home, where, next to his wife, social distance is hard to maintain.

"It is a bit peculiar, though, that in his basement, right next to his wife, he's not wearing a mask. But he's wearing one outdoors when he's socially distant. So I think that there was a discrepancy there."

Biden has also recently slammed Trump for playing golf this weekend amid the coronavirus outbreak in the United States.