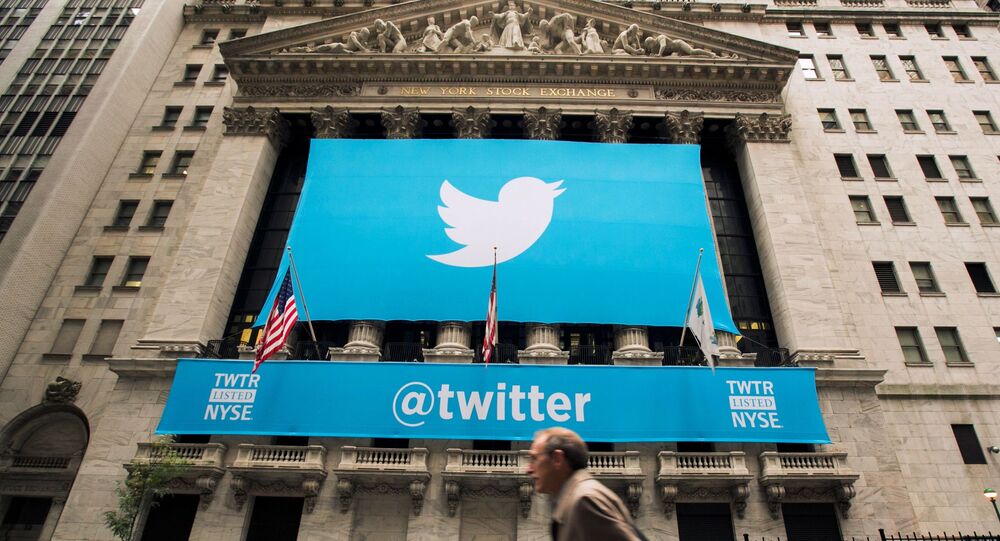 Twitter has flagged US President Donald Trump’s Tuesday tweets regarding mail-in ballots as ”potentially misleading” and is encouraging netizens to “get the facts” on the subject through media outlets and experts selected by the platform.

The US president on Tuesday joined fellow members of the GOP in chastising Democratic California Governor Gavin Newsom’s May 8 executive order, which called for mail-in voting ballots to be delivered to registered voters prior to the 2020 presidential election in November.

While Trump has publicly railed against mail-in ballots and thrown out unsubstantiated claims about fraud associated with the method, Twitter decided to take action against the US president’s mail-in ballot comments for the first time on Tuesday.

The social media platform’s targeted flagging invites netizens to “get the facts about mail-in ballots.”

Sputnik Screenshot
US President Donald Trump's May 26 tweets on mail-in voting ballots and possible voting fraud are flagged by Twitter.

A Twitter spokesperson informed TechCrunch that the two tweets in question “contain potentially misleading information about voting processes and have been labeled to provide additional context around mail-in ballots.”

“This decision is in line with the approach we shared earlier this month,” they noted, referring to Twitter’s March 11 blog post regarding the “spread of potentially harmful and misleading content” on the platform.

....Twitter is completely stifling FREE SPEECH, and I, as President, will not allow it to happen!

“We always knew that Silicon Valley would pull out all the stops to obstruct and interfere with President Trump getting his message through to voters. Partnering with biased fake news media ‘fact checkers’ is only a smoke screen Twitter is using to try to lend their obvious political tactics some false credibility. There are many reasons the Trump campaign pulled all our advertising from Twitter months ago, and their clear political bias is one of them.”

Trump’s Twitter activity has been particularly provocative in recent days. Over the weekend, the US president doubled down on conspiracy theories which allege that MSNBC host Joe Scarborough murdered Lori Klausutis, an aide who worked in his Florida office when he was a member of the US House of Representatives.

Klausutis’ widower, Timothy Klausutis, has called on Twitter CEO Jack Dorsey to remove the president’s posts regarding his wife’s death, which occurred in 2001 after she fainted and hit her head.

A Twitter spokesperson expressed to The Hill that the company is “deeply sorry” for the family’s pain in connection with the tweets. However, Trump’s associated posts still remain on the platform and have not received a fact-check flagging like his tweets on mail-in ballots.

‘Classy as Ever’: Netizens Slam Trump for Joking While Discussing US COVID-19 Death Toll