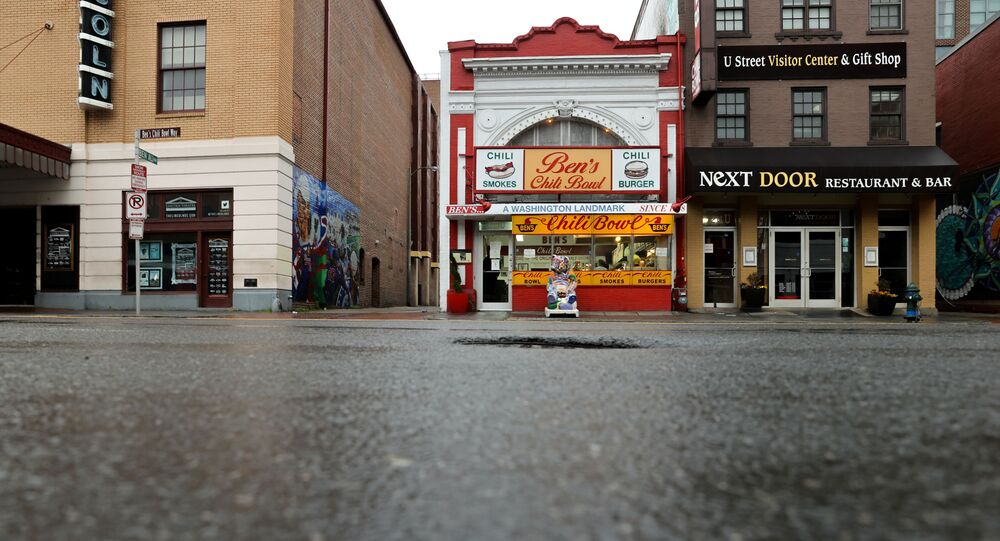 US Capital Will Not Allow 4th July Parades During Phase One of Reopening, Washington Mayor Says

WASHINGTON (Sputnik) - The US capital's city government will not allow Fourth of July parades during phase one of the economic reopening, Washington Mayor Muriel Bowser told reporters.

"We will not be issuing any permits for parades in Phase One of recovery plan", Bowser said during a press briefing on Tuesday when asked whether parade activities will be suspended during Independence Day.

The US capital expects to start a gradual reopening of the economy beginning 29 May, Bowser added, assuming the COVID-19 case count does not spike again. This will include easing of limitations for restaurants and some other businesses, she added.

The New York Times reported earlier in the month that President Donald Trump wanted to hold a "Salute to America" parade on 4th July. The US president reportedly promised that all attendees would be six feet apart.

On Thursday, several Democratic lawmakers sent a letter calling on the Pentagon to ignore Trump's instructions.

"Members of Congress representing the national capital region strongly oppose Trump's plans to hold another large military parade in Washington DC on July Fourth as the COVID-19 pandemic continues to hit the area hard", Congressman Donald Beyer said in a tweet with a letter to Defence Secretary Mark Esper attached.

As of 26 May, the number of COVID-19 cases in Washington, DC exceeds 8,200, with 440 fatalities registered, the US Centres for Disease Control and Prevention data shows.