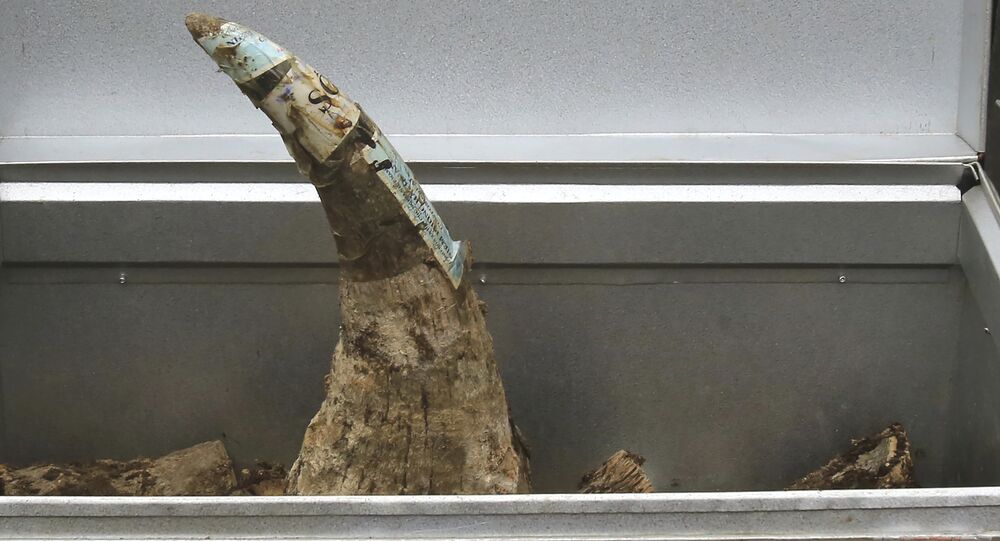 WASHINGTON (Sputnik) – An Irish national charged in a conspiracy to traffic black rhinoceros horns made his first appearance before a judge in the US state of Texas following his extradition to the United States, the Justice Department said in a press release.

“The transport of John Slattery to the Western District of Texas to face these charges concluded the extradition process from Ireland, a process governed by an extradition treaty between the United States and Ireland. Slattery made his initial appearance today in federal court before US Magistrate Judge Jeffrey C. Manske”, the release said on Tuesday.

A federal grand jury in 2014 indicted Slattery and two co-defendants on charges of conspiracy to traffic rhino horns, the release said.

According to the indictment, Slattery, along with Patrick Sheridan and Michael Slattery Jr, used a 'straw buyer' to purchase two black rhinoceros horns from a taxidermist in Texas, which the group then transported to New York, where they sold the horns.

Rhino horns are used in traditional Chinese medicine, with media reports typically focusing on the horns’ purported aphrodisiac properties, while wealthy buyers – especially from China and Vietnam - are known to bid for antique horn carvings such as figurines as well as necklaces and bracelets, according to media.