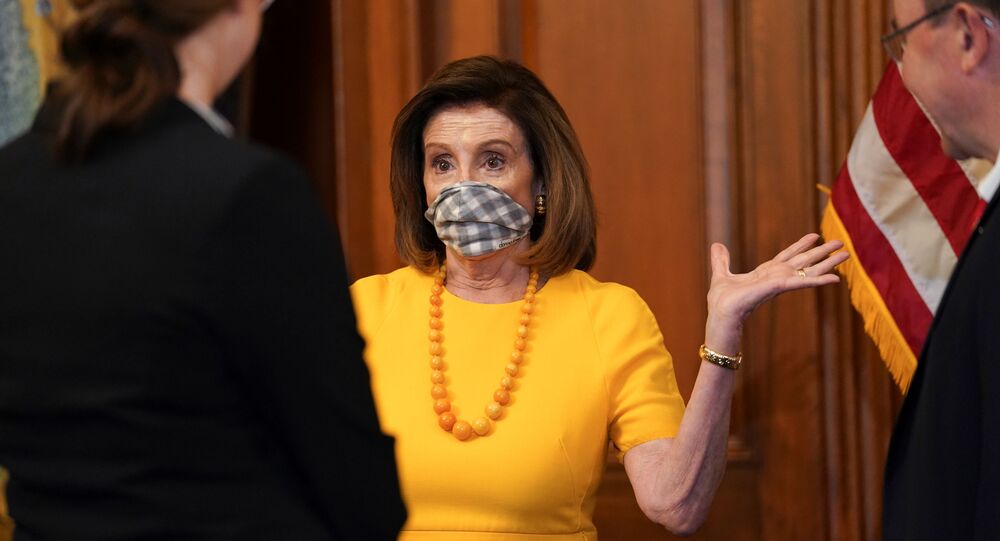 A forthcoming lawsuit from 20 House Republicans will oppose House Speaker Nancy Pelosi's (D-CA) proxy voting system on the grounds that the remote voting violates constitutional requirements for quorum, according to a new report.

Citing three congressional sources, Axios reported Tuesday that House Minority Leader Kevin McCarthy (R-CA) and 19 additional House Representatives would be filing a lawsuit later that day to prevent the temporary proxy voting system from continuing in the House of Representatives.

The allowance for remote voting came about following a party-line vote of 217-189 in the Democrat-controlled House on May 15.

"We believe the majority rule is unconstitutional. And so, the remedy there is for us to go to court and ask for them to confirm our reading of the Constitution, and that will take a little bit of time," a GOP aide told reporters on Tuesday, as reported by Axios.

According to the new guidelines, lawmakers in the chamber are temporarily allowed to remotely vote via proxy, as long as the member representing them receives exact instructions. Additionally, a single member can serve as proxy for a maximum of 10 lawmakers.

As of this article's publication, a total of 58 lawmakers have filed related proxy letters to the House's Office of the Clerk.

The new voting system is set to be put into use on Wednesday and extend through the government-defined national emergency regarding the COVID-19 novel coronavirus.

The GOP has argued that remote voting is unconstitutional and goes against lawmakers' congressional duty to be present, despite the risk amid the pandemic.

However, former congressman Bob Ney appeared on "The Rick Smith Show" last week and argued that several previous cases ruled on in the Supreme Court of the United States have shown that the House can make its own rules when it comes to voting.