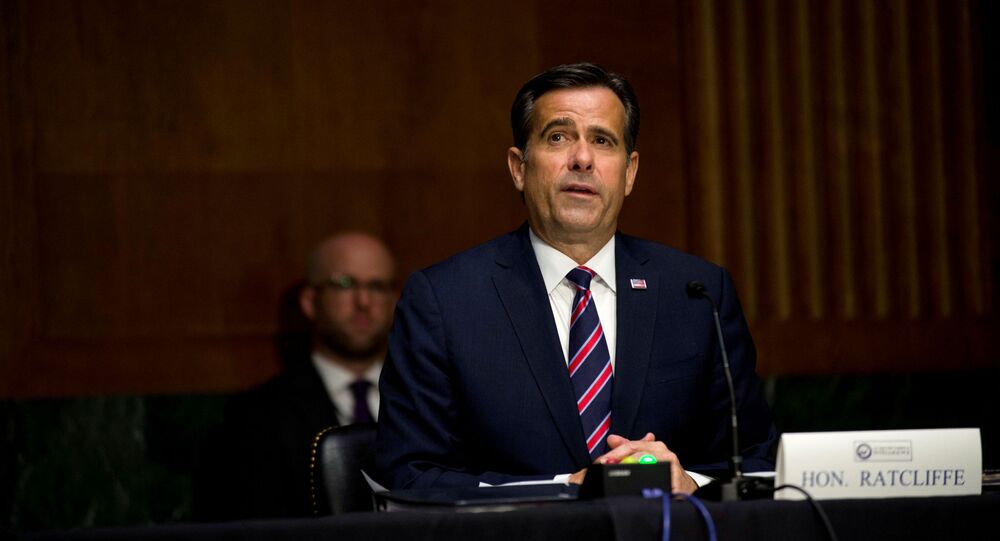 John Ratcliffe Sworn in as New Director of National Intelligence

WASHINGTON (Sputnik) - John Ratcliffe has been sworn as Director of National Intelligence (DNI), the Office of the DNI said in a statement on Tuesday.

"John Ratcliffe was sworn in as Director of National Intelligence on May 26, 2020. He is the sixth Senate-confirmed DNI in our nation’s history", the statement said.

Ratcliffe served three terms in the US House of Representatives and was part of the House Intelligence, Judiciary and Ethics committees.

© REUTERS / LEAH MILLIS
Trump Nominates US Rep. John Ratcliffe as Director of National Intelligence
From 2015 to 2019, Ratcliffe also served on the Homeland Security Committee and was chairman of the Cybersecurity and Infrastructure Protection Subcommittee.

Last week, the US Senate confirmed Ratcliffe's nomination in a 49-44 vote along party lines.

President Donald Trump nominated Ratcliffe last summer, but the nominee initially decided to remain in Congress after several Democrats accused him of being a political loyalist with no relevant experience and one who padded his resume, before Ratcliffe re-entered the nomination process.