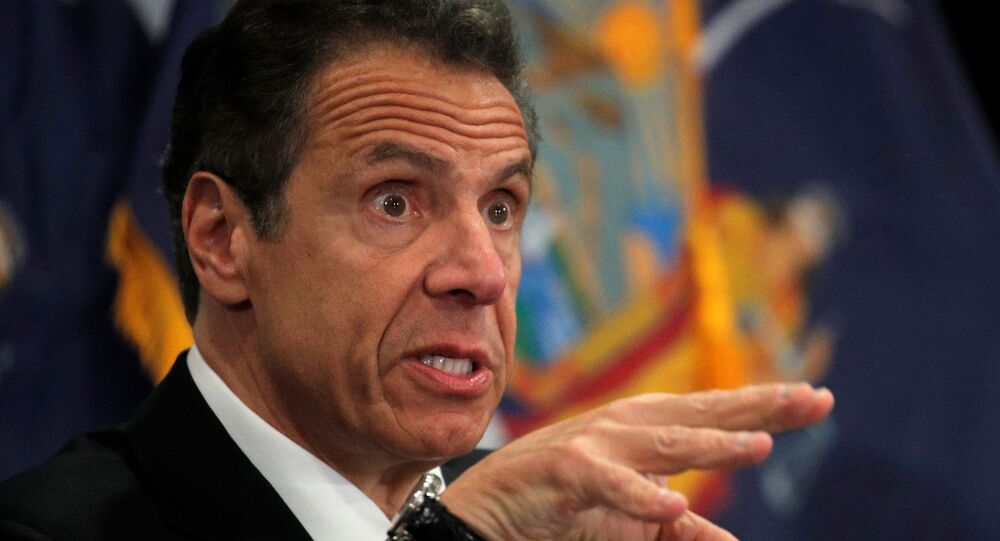 "I am going to go to Washington tomorrow, scheduled to meet with the President", Cuomo said during a press briefing on Tuesday. "You have an infrastructure that's crumbling; you need to jumpstart the economy; you need to create jobs. Do it now. And that is one of the things I am going to talk to the President about tomorrow".

© REUTERS / Eduardo Munoz
COVID-19 Live Updates: Number of Infected in US Rises to 1.6 Mln, With Over 97,000 Deaths
Cuomo said that while most of New Yorkers continue to work from home keeping the public transportation ridership at a low, it is an appropriate time to speed up "big" infrastructure programmes.

The governor suggested accelerating the construction of the Empire Station transportation hub that would transform the existing Penn Station and advancing LaGuardia Airport renovations, becoming the first new airport in the United States in 25 years.

Cuomo also said he will discuss with Trump proposals to build an AirTrain from the airport into the centre of New York City, expand the Second Avenue Subway service and construct cross-Hudson Tunnels.

"Let's do things that we have been talking about for a long time, but we have never actually pulled the trigger on", Cuomo said. "Let's do that in partnership with the federal government".

New York, the hardest-hit state in the nation, had witnessed more than 800 lives lost per day at the peak of the outbreak in early April.