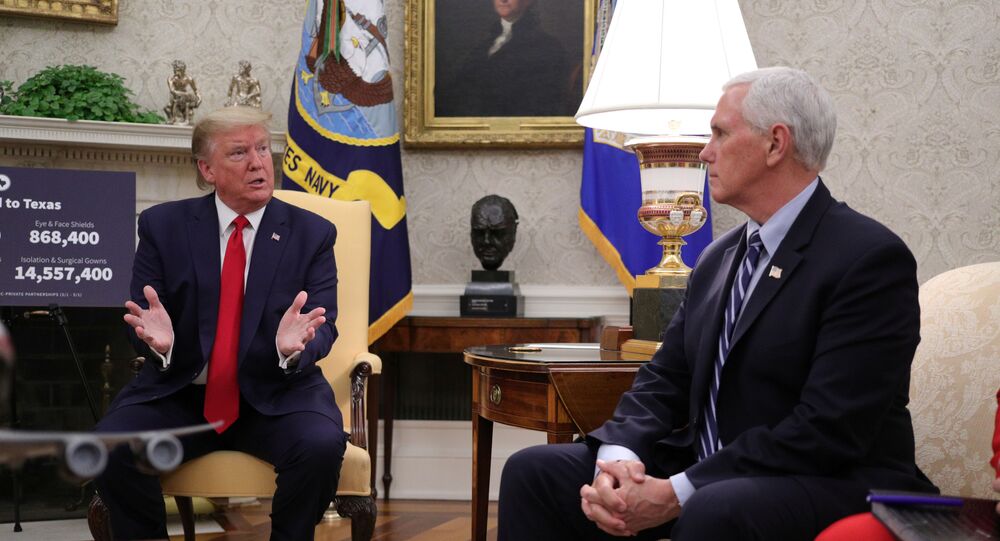 US President Donald Trump said on Memorial Day that he is considering moving the Republican National Convention, set for 24 to 27 August, from North Carolina if the event faces state social distancing restrictions as a result of the coronavirus.

US Vice President Mike Pence has during a Monday appearance on Fox News repeated Trump's threat to move the Republican National Convention from North Carolina.

"It’s an issue we’ve been talking about because these national conventions literally take many months to organise and prepare and there are, there are states around the country — we think of Texas, we think of Florida, Georgia — the last two states I visited last week that have made tremendous progress on reopening their communities and reopening their economies", Pence said.

He also stated that he thought the president is "absolutely intent on ensuring that as we see our nation continue to make steady progress on putting the coronavirus epidemic in the past, that come this August, we’ll be able to come together in a safe and responsible venue and re-nominate President Donald Trump for four more years".

According to the vice president, Trump’s request of Governor of North Carolina Roy Cooper was "very reasonable".

"We look forward to working with Gov. Cooper, getting a swift response, and, if need be, moving the national convention to a state that is farther along on reopening and can say with confidence that we can gather there", Pence said.

Earlier in the day, Trump complained on Twitter that Democratic Gov. Roy Cooper is in "Shutdown mood & unable to guarantee that by August we will be allowed ... full attendance in the Arena".

However, the state's Governor Roy Cooper, a Democrat, has been taking a very cautious approach to lifting the COVID-19 restrictions, which could result in a limited number of people being allowed to attend the convention. The United States has a total of 1,647,741 cases and a death toll of 97,811, according to Johns Hopkins University.

Trump is running for a second four-year term in this November's presidential election.