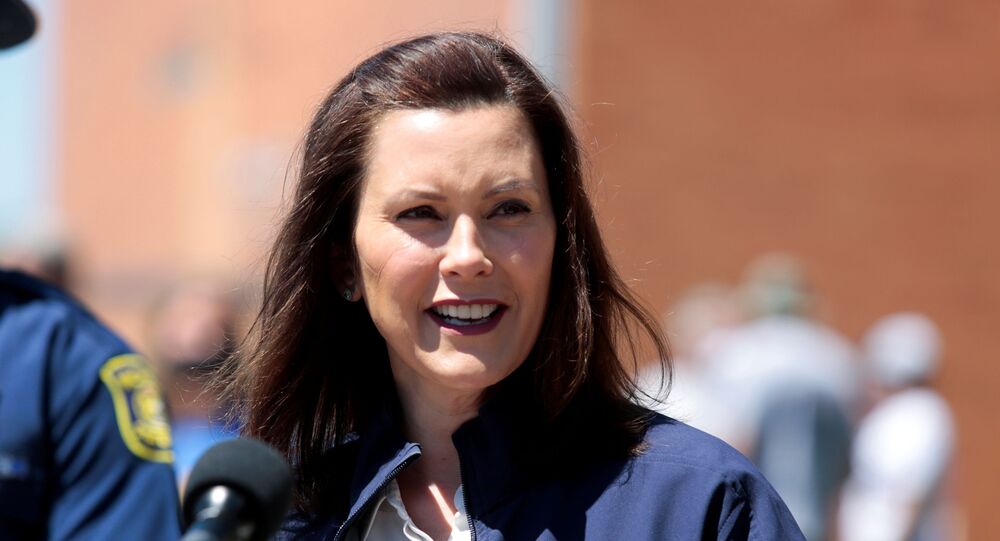 Recently, the Democratic governor has been repeatedly criticized by US President Donald Trump and his supporters over her insistence that any lifting of the COVID-19 lockdown in her state must happen slowly, despite calls by the president for a speedy relaxing of the stay-at-home orders as a means of restarting the nation's economy.

Michigan Governor Gretchen Whitmer said during an interview on ‘Axios on HBO’ that she self-censors her comments about US President Donald Trump in a bid to guarantee receiving federal assistance for her state, one of the worst hit US states in the coronavirus (COVID-19) pandemic.

In response to Axios reporter Alexi McCammond’s direct question on whether feels the need to self-censor her comments when talking about the president, she confirmed saying “yes”.

“The worst night sleep that I've gotten in the last 10 weeks is when he has attacked me on Twitter,” Whitmer said, when asked if she always feels that she must maintain self-censorship.

On 17 May, Trump took aim at the state leader by first calling her the “Failing Michigan Governor”, and demanding that she be “much more proactive”. The president’s verbal attack came after Whitmer criticized Trump’s response to the coronavirus outbreak on national television, pointing out that he was unprepared for the crisis.

Trump later threatened to withhold federal funds from Michigan because the state sent absentee ballot applications for November’s presidential election to registered voters, as part of its response to the COVID-19 outbreak.

“Threatening to take money away from a state that is hurting as bad as we are right now is just scary, and I think something that is unacceptable,” the governor said in a Thursday interview with CBS.

In recent weeks, Michigan has seen several demonstrations against the coronavirus lockdown restrictions imposed by Whitmer.

On 30 April, some hundreds of protesters, including several holding guns, rallied inside of Michigan’s capitol building in Lansing.

In early May, Whitmer announced a six-phase plan to the reopen the state’s economy, observing that a speedy reopen would put the state at risk of facing a second COVID-19 outbreak.

“We have to reengage like a dial, not a switch that goes on or off, but a dial that we can turn,” she said. “We can continue to turn the intensity up if everyone does their part. We have to remember the threat of a second wave is very real”.