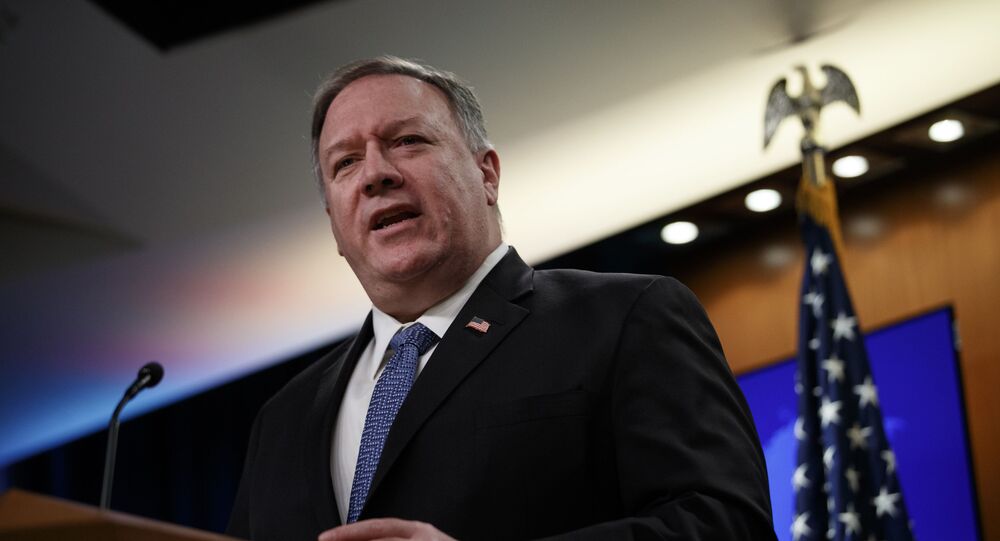 Australian politician and Premier of Victoria Daniel Andrews has been widely criticised for signing up to a deal on China’s Belt and Road Initiative that stipulates providing loans and investment in infrastructure projects. Victoria remains the only Australian state to ink the agreement.

US Secretary of State Mike Pompeo has warned that Washington may cut Australia off from vital intelligence sharing if the Australian state of Victoria joining China's Belt and Road Initiative compromises telecommunications.

"We will not take any risks to our telecommunications infrastructure, any risk to the national security elements of what we need to do with our Five Eyes partners". Pompeo told Sky News on Saturday, referring to an intelligence sharing alliance between Australia, Britain, Canada, New Zealand, and the US.

In an apparent nod to the Belt and Road Initiative, the Secretary of State said that he does not know "the nature of those projects precisely".

According to him, "to the extent they have an adverse impact on our ability to protect telecommunications from our private citizens, or security networks for our defence and intelligence communities – we simply disconnect, we will simply separate".

Pompeo pledged that the US would "preserve trust in networks", voicing hope that Washington's "friends and allies, especially our Five Eyes partners like Australia, do the same".

He warned that Australian citizens should know that each and every of "those Belt and Road projects need to be looked at incredibly closely", adding that some of the projects "may just be straight up commercial transactions, if so, fine, but nearly each one of them has some cost to it".

"There is often money loaned at concessional rates, or conditions placed on the debt documents, or concessions that have to be made to the Chinese Communist Party in order to get those Belt and Road Initiatives projects built. Those present real risk […] to the people in that region, real risk to country and frankly they build up the capacity of the Chinese Communist Party to do harm elsewhere", Pompeo asserted.

He was echoed by Australian Prime Minister Scott Morrison who reiterated that his government does not support Victoria's move to sign up to the Belt and Road Initiative. The state decided to join the initiative in October 2019.

"I respect their jurisdiction on the issues for which they're responsible for. And it has always been the usual practice for states to respect and recognise the role of the federal government in setting foreign policy. […] And I think that's been a good practice", Morrison underlined.

The view was backed by Australia's Home Affairs Minister Peter Dutton, who told the radio station 2GB that "Victoria needs to explain why it is really the only state in the country that has entered into this agreement".

Victoria Premier Andrews, for his part, described the Belt and Road Initiative as something that is "all about Victorian jobs" and that bolstering partnership with China was "in everybody's interests".

The Belt and Road Initiative (BRI), also known as the One Belt, One Road project, was first announced by Chinese President Xi Jinping back in 2013. The project's goal is to boost cooperation between Eurasian countries and advance economic growth in the region.

The BRI also seeks to promote investment in projects that would connect dozens of countries across Africa, Asia, and Europe through the creation of infrastructure networks resembling the ancient Silk Road trading routes.

Some Western countries slam the BRI as a debt trap, allegations that Beijing rejects, stressing that the project is beneficial for all participating countries.