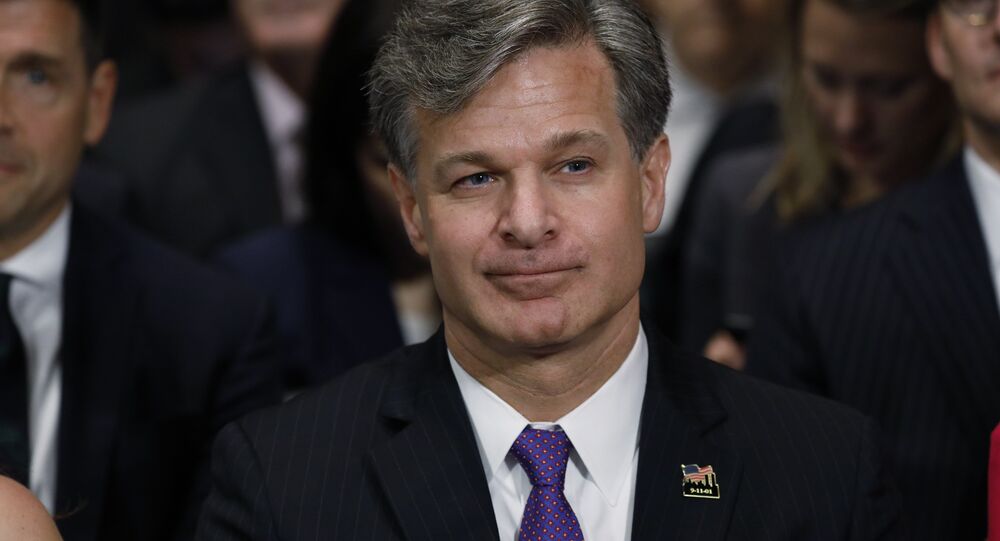 Christopher Wray, director of the US Federal Bureau of Investigation, has called for an after-action review of the agency’s investigation into former Trump administration national security adviser Michael Flynn.

The FBI announced Friday that its Inspection Division will lead an internal review to determine whether punishment and/or policy adjustments need to be made within the agency, following the Department of Justice’s recent change of mind regarding Flynn’s prosecution.

"The after-action review will have a two-fold purpose: (1) evaluate the relevant facts related to the FBI's role in the Flynn investigation and determine whether any current employees engaged in misconduct, and (2) evaluate any FBI policies, procedures, or controls implicated by the Flynn investigation and identify any improvements that might be warranted," the statement read, as reported by CBS News.

According to the agency, the review will “complement” the "already substantial assistance" provided to US Attorney Jeff Jensen amid his review of Flynn prosecution and guidance to the DoJ regarding the case.

Two weeks prior to the FBI announcement, the DoJ dropped its case against Flynn, who is the highest-ranking Trump administration official convicted in relation to former special counsel Robert Mueller’s investigation on the alleged collusion between Russia and the Trump 2016 presidential campaign.

Legal experts have expressed concerns that the DoJ, led by Attorney General Bill Barr, is being used by the US president as a political tool. At the same time, US President Donald Trump and other conservatives have argued that Flynn, who first pleaded guilty in 2017 to lying to the FBI before filing to withdraw his plea in January, should never have been interviewed by the FBI as part of the probe in January 2017.

Despite the DoJ’s move to dismiss prosecution against Flynn, US District Judge Emmet Sullivan has delayed a similar decision by initiating “amicus curiae briefs.” The oral process is centered on whether Flynn should be held in contempt of court for perjury.

Sullivan announced Tuesday that oral arguments on the matter would begin in the Washington, DC, court on July 16 at 11 a.m. local time.