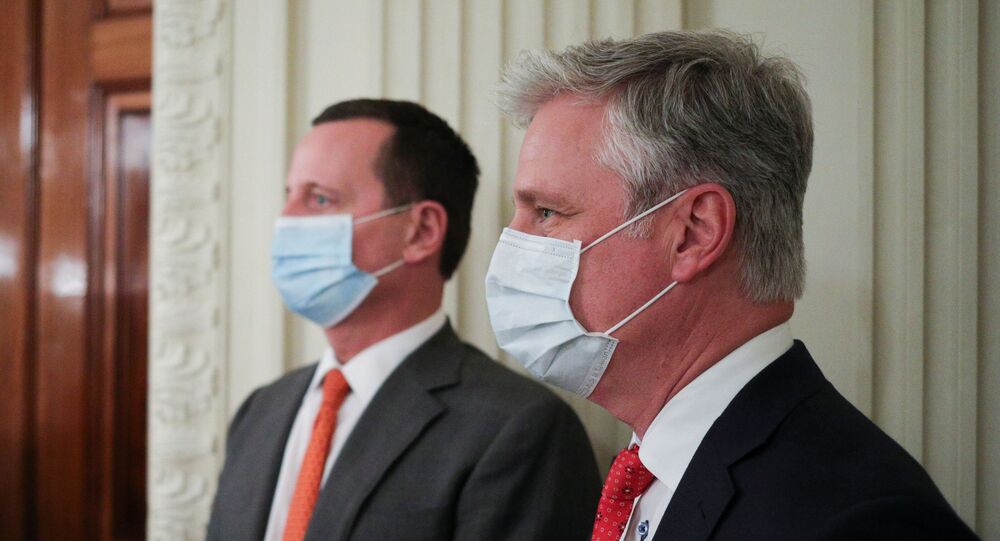 Robert O'Brien, the new White House national security adviser, said Thursday that he doubted that the US would leave the New START treaty.

"No, I don't think so," O'Brien, a Trump appointee, said during an interview with Fox News, when asked about the possibility of the US pulling put of the deal.

"We put together a very strong negotiation team. We are going to enter in good faith negotiations with the Russians on nuclear arms control, we want meaningful arms control. So I'm cautiously optimistic that we are going move forward with respect to the new START treaty," O'Brien said.

O'Brien said the US negotiation team will be headed by the US Special Envoy for Arms Control, Marshall Billingslea, and include other officials from the Departments of State, Defense, and Energy.

Earlier on Thursday, Billingslea said during a virtual conference at the Hudson Institute that he is working with Russian Deputy Foreign Minister Sergey Ryabkov on plans to meet as soon as possible to discuss arms control.

On Tuesday, Russian Foreign Minister Sergey Lavrov said Moscow would like the New Strategic Arms Reduction Treaty (New START) - the last remaining arms control treaty in force between Russia and the United States - to continue under a new five-year extension so that any new ideas could be considered without rushing.

Trump said he would propose a new trilateral arms control initiative to include Russia and China to avoid a costly arms race. The announcement came amid debates on the future of the New START, which expires in February 2021.

Russia has repeatedly invited the United States to extend the New START for another five years without preconditions. The Trump administration, however, has signaled that it favors negotiating an amended arms control regime that would also include China and possibly the United Kingdom and France.