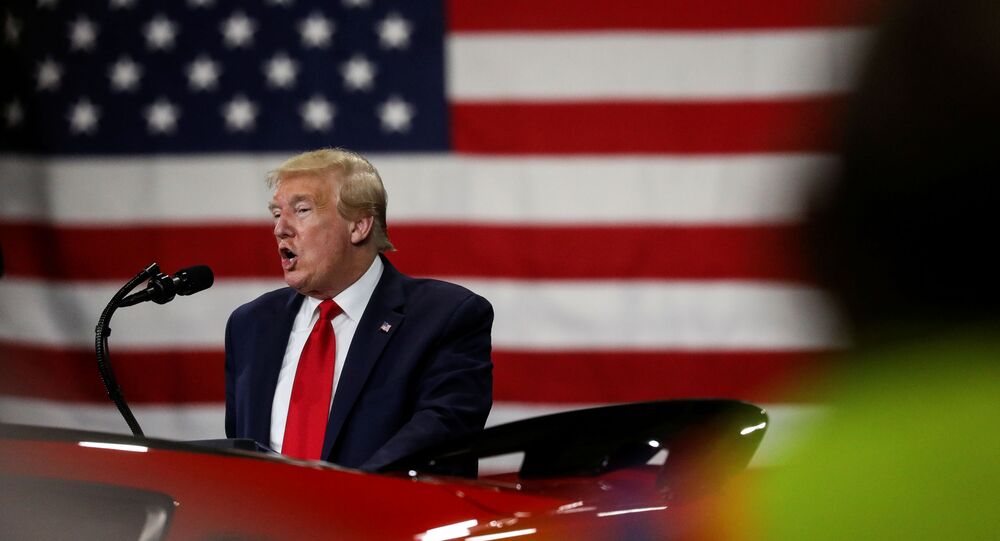 Currently, over 1,500,000 people in the United States have tested positive for the deadly COVID-19 coronavirus, while the disease has killed over 94,000 amid warnings of a likely second wave of the pandemic.

US President Donald Trump on Thursday declared that the United States will not be shut down in the event of a second wave of COVID-19, expressing confidence that the country will be able to manage the additional outbreaks if and when they occur.

Continuing on his "fires" theme, Trump asserted that "we're not closing our country", and suggested that "whether it's an ember or a flame, we're going to put it out", in expressing his intention to reopen the country.

As warnings on the likelihood of a second wave of COVID-19 come from infectious disease expert Dr. Anthony Fauci and the World Health Organization, all 50 states announced intentions to lift the lockdown previously imposed to curb the spread of the disease and reopen parts of their economy. Professional sports events will be resumed in California, but without fans.

In some states, including Texas, Arizona and North Carolina, the number of cases increased after reopenings were introduced.

Trump's economic adviser, Peter Navarro, commenting on the easing of restrictions, claimed that the lockdowns would "indirectly" kill more people than COVID-19, while US Treasury Secretary Steve Mnuchin, also a Trump appointee, threatened the risk of "permanent damage" to the US economy if the health lockdowns are not lifted. Trump's presidential election rival, presumptive Democratic nominee Joe Biden, expressed "frustration" in how states are reopening, describing Trump's response to the pandemic as "ridiculous".

In late April and early May, a series of localized anti-lockdown protests were reported in around the US, with participants occasionally armed and making demands to lift the restrictions and reopen the economy. Medical experts noted that such gatherings only boosted the spread of the coronavirus.

According to current data shown by Johns Hopkins University, there are over 1,500,000 confirmed coronavirus cases in the US, as the death toll has eclipsed 94,000.

New York Stock Exchange Will Begin Partial Reopening on 26 May