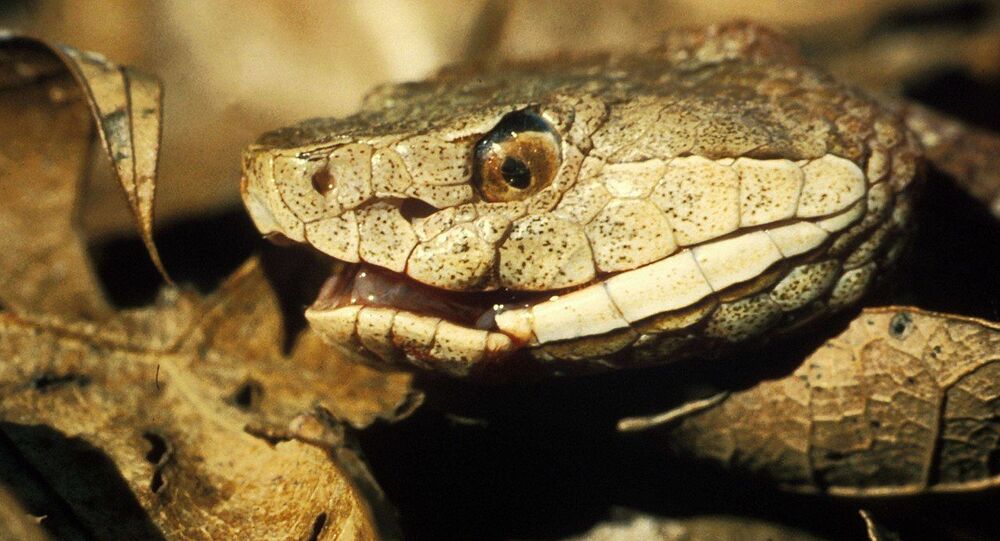 Watch Cheerleader Bitten by Copperhead Snake While Training in Backyard

Copperhead snakes mainly inhabit the southern and eastern parts of the United States and most snake bites in the country are blamed on them.

A Texas high school cheerleader was bitten by a venomous copperhead snake while practising her routine in the backyard.

Paris Montgomery prepared to record a video of herself training and as soon as she took one of her shoes off and stepped on a mat, a snake appeared from under the mat and bit the girl's right foot.

This high school cheerleader is bringing awareness to copperhead #snakes ! She accidentally stepped on one & was hospitalized after it bit her. She was shooting video of her tumbling & surprisingly caught the snake bite on video! 😳 pic.twitter.com/bxmq6YrjU9

​Her mother, Tracy Montgomery, wrote on Facebook that Paris did not even know that she had been bitten and thought she had been poked by a stick. But the bite started swelling up and turning purple and Paris was taken to a hospital.

When they talked to doctors they remembered that Paris had planned to film her routine, so they decided to watch the video and it turned out that the moment when the snake bit the girl was captured on camera. Doctors prescribed four doses of anti-venom administered through an IV.

Copperhead snakes are frequently encountered in the southern and eastern parts of the United States and are responsible for most snake bites in the country.