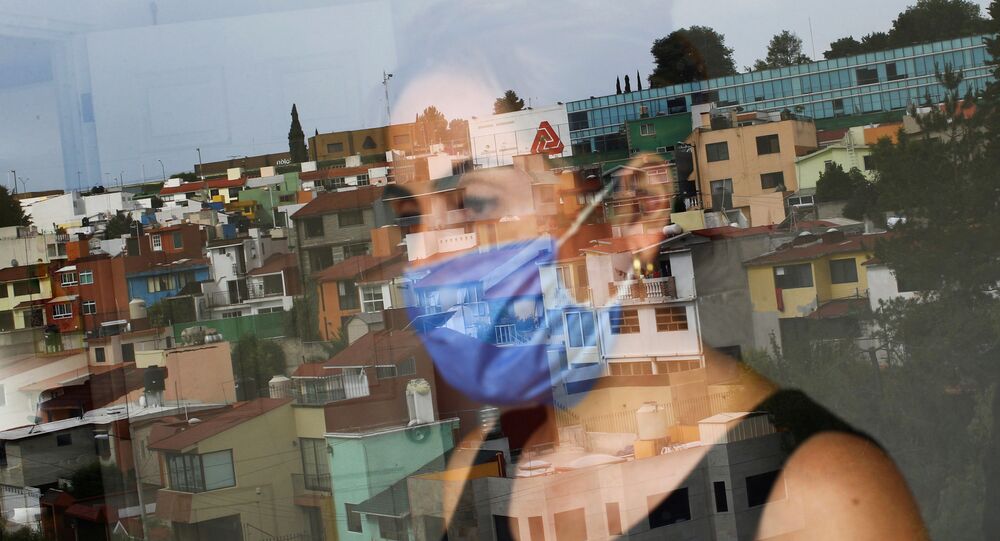 However well-intentioned lockdowns are, doctors and researchers warn that a protracted isolation and anxiety stemming from measures to curb the pandemic may exert a higher toll than the virus itself.

Over 500 doctors have sent a joint letter to US President Donald Trump to raise the alarm about the potential negative health consequences of the coronavirus lockdown that could outweigh the benefits from keeping people indoors and preventing them from getting infected.

They called the nationwide shutdown a "mass casualty incident" which put millions of Americans at risk because they are being forced to miss routine screenings that could detect serious health conditions like cancer or prevent cases of stroke and heart attack.

"It is impossible to overstate the short, medium, and long-term harm to people’s health with a continued shutdown," reads the letter, which was sent on Tuesday. "Losing a job is one of life's most stressful events, and the effect on a person's health is not lessened because it also has happened to 30 million other people."

The doctors highlighted some of the adverse effects of the lockdown, such as soaring suicide hotline phone calls and liquor sales.

"The millions of casualties of a continued shutdown will be hiding in plain sight, but they will be called alcoholism, homelessness, suicide, heart attack, stroke, or kidney failure," they wrote. "In youths it will be called financial instability, unemployment, despair, drug addiction, unplanned pregnancies, poverty, and abuse."

Dr. Simone Gold, the lead organiser of the letter and co-founder of a doctors' anti-lockdown group called A Doctor A Day, suggested that most efforts should have been focused on helping the most vulnerable portion of the population, rather than on trying to keep society 'safe' as a whole.

"There's always exceptions," she told Fox News. "But when you look at the pure numbers, it's overwhelmingly patients who are in nursing homes and patients with serious underlying conditions. Meaning, that that's where our resources should be spent."

"I think it's terribly unethical... part of the reason why we let [the virus] fly through the nursing homes is because we're diverting resources across society at large. We have limited resources; we should put them where it's killed people."

Multiple studies have predicted that the coronavirus lockdown may have a hidden, indirect death toll. Research by the Well Being Trust published this month estimated that conditions largely stemming from the response to the coronavirus – such as unemployment, isolation and a feeling of uncertainty – could cause up to 75,000 deaths from alcohol or substance abuse and suicide.

Another study by the non-profit institute Just Facts concluded that anxiety caused by the pandemic will "destroy seven times more years of human life than can possibly be saved by lockdowns".

"The reason for a lockdown is primarily due to a lack of voluntary compliance with preventative health measures. Because we cannot be sure that people will comply with behavioural guidelines at a large enough scale, a lockdown has become necessary, this is essentially enforced compliance. Until there is confidence in likelihood of compliance to the guidelines for preventative health measures, alleviating the lockdown will surely increase cases and deaths. Whether or not this impact is higher or lower than the impact pointed out in the letter is anyone's guess", Sheheryar Banuri, a behavioral economist and an Associate Professor in the School of Economics at the University of East Anglia in Norwich, UK, tells Sputnik.

According to Banuri, "the most prudent course of action seems to be on efforts to increase voluntary compliance so that a lockdown becomes unnecessary. All efforts need to be redirected to this at the moment.  The message is clear, in the immediate near term, the only defense we have against the virus is human behaviour".

With the economy in tatters and the growth of new cases and deaths reaching a plateau, most US governors have started to lift stay-at-home orders and reopen some businesses, although social distancing restrictions are expected to continue through the summer.

The United States is the worst-affected country in the world by the pandemic, with 1.55 million confirmed cases and 93,439 deaths as of Wednesday.