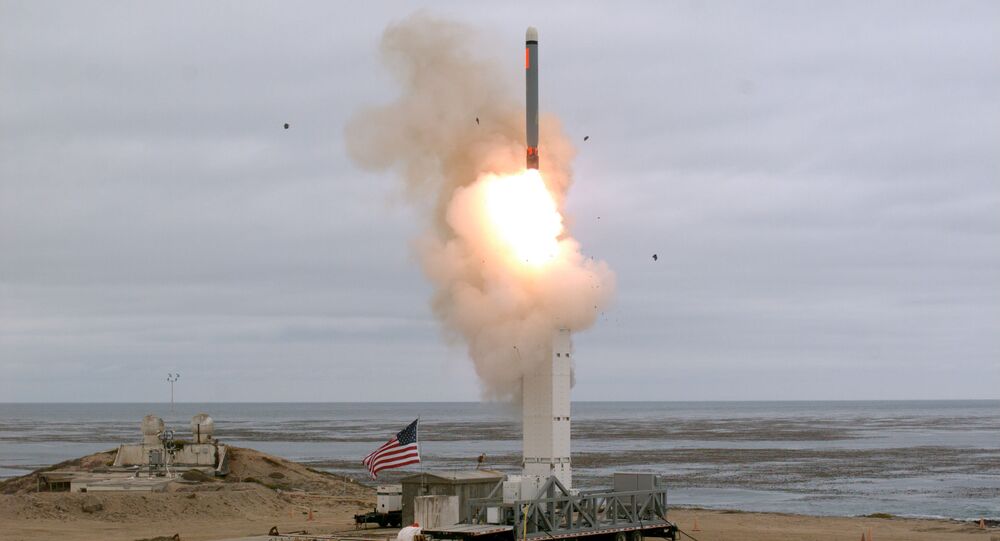 The New Strategic Arms Reduction Treaty (START), the only agreement limiting the number of nuclear weapons in Russia and the US to remain in effect, is set to expire in 2021, as the Trump administration keeps avoiding the extension, insisting instead that China must also take part.

The White House is planning to prolong the New START treaty by several months, pursuing the combined goals of keeping the agreement in force, limiting the nuclear arms extension for both countries and encouraging China to join the agreement, Politico reported, citing unnamed administration officials.

Under US President Donald Trump's alleged plan, the decision will postpone the expiration of the New START treaty and add time to negotiate new limits on nuclear weapons with both Moscow and Beijing. Some have expressed concern, however, that the goal appears unrealistic and could lead to a nuclear arms race if treaty negotiations fail.

An unnamed official described by Politico as one who "closely tracks nuclear policy" said that while the official deal is unlikely to happen, "they wanted at least a gentleman's agreement", that would not be "a binding legal document".

"I don’t think anybody ever thought they were going to get an official deal but they wanted at least [a] gentleman’s agreement. The administration could seek a “one-year or two-year extension of the treaty while they get something — a gentleman’s agreement is probably too light, I think they wanted something in writing. But it wouldn’t be a binding legal document. I think it would just be in principle", the unnamed official said.

Some remain optimistic about the idea of "buying time" to negotiate amendments to the agreement, as does Jon Wolfsthal, a former National Security Council member and currently a senior adviser to the disarmament group Global Zero.

"A six-month extension to buy yourself some time to negotiate something new with the Russians — and call on the Chinese to join — inherently isn't bad. It might be a way to square the circle — if you can also be sure that the next administration has the leeway to extend [New START] more", Wolfsthal said to Politico.

"Time buying" can only last to February 2021, when the only remaining bilateral nuclear treaty between the two countries is set to expire. Amid the upcoming deadline, Russia has expressed its desire for the treaty to remain in effect and repeatedly invited the US to extend the agreement with no preconditions. Russian Foreign Minister Sergey Lavrov on Tuesday said that Moscow is waiting for the Trump White House to offer a date for the video call promised by the US to discuss arms control issues.

Washington, however, has protracted the extension, demanding that China be a part of the agreement.

China has refused to enter any trilateral agreement with Russia and the US, insisting that it is up to Moscow and Washington to fulfil the obligations to reduce the amount of nuclear weapon, so that conditions for other countries to join can be created.

"The new START treaty remains the only important document in the field of nuclear weapons between Russia and the US and attracts a lot of attention. China has no intention to join any trilateral arms control talks", Chinese Foreign Ministry spokesman Zhao Lijian said.

After the collapse of the Intermediate-Range Nuclear Forces Treaty in 2019, caused by the Trump administration unilaterally exiting the agreement and claiming that Russia had broken it, the New START remains the only Russian-US nuclear arms control treaty is currently in force.

Trump previously terminated a 2015 Obama-era nuclear deal with Iran, causing concern that the current US president will allow the New START to expire, which, according to some experts, could lead to a full-blown nuclear arms race between Moscow and Washington.