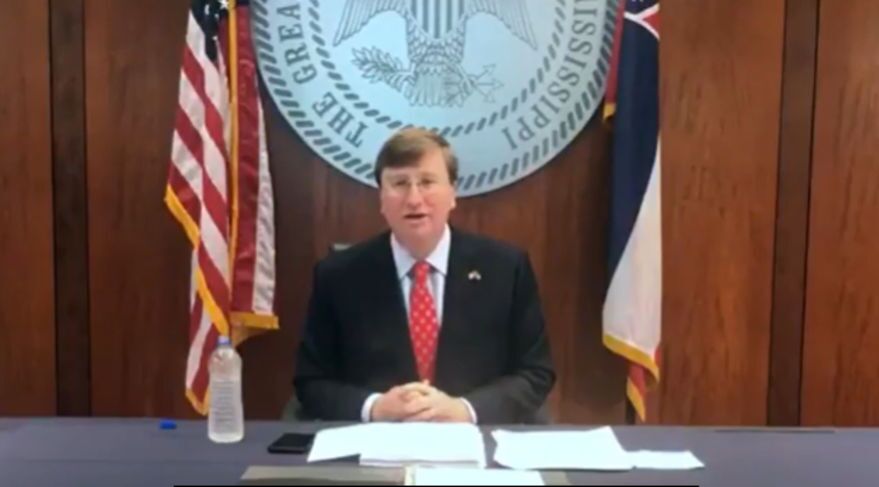 Amid the coronavirus pandemic, thousands of graduating high school seniors across the US are having to celebrate at home due to school closures instead of having traditional gatherings. Over the weekend, students in Mississippi got a bit of extra entertainment when their governor was tricked into saying “Harry Azcrac” at their virtual graduation.

On Saturday, in order to congratulate the class of 2020, Republican Mississippi Governor Tate Reeves carefully read out graduating seniors’ names from across the state in a virtual commencement on Facebook Live. While rolling through the hundreds of names, the governor was pranked into reading “Harry Azcrac” and appeared to instantly realize the joke.

After reading the obviously made-up name aloud, Reeves is seen pausing for a second, doing his best to resume going through the list without, well, cracking up.

If anyone else wants a laugh 😂😂😭 pic.twitter.com/8ecPscWhFQ

“Proud moment: I got Tate Reeves to say the name Harry Azcrac on Facebook live. And yes I’ve been laughing for about 25 minutes now,” prankster Thomas DeMartini wrote in a Saturday tweet.

Reeves responded to the prank via Twitter on Tuesday in a now-viral post regarding the clever joke.

Harry’s submitter has a bright future as a Simpson’s writer!

In 10 minutes we’ll be honoring more graduates on Facebook Live. Maybe even Ben—the pride of the Dover family. https://t.co/Njw0GcNCXN

"Harry's submitter has a bright future as a Simpson's writer!" Reeves wrote. “In 10 minutes we’ll be honoring more graduates on Facebook Live. Maybe even Ben - the pride of the Dover family,” he wrote, hinting that "Ben Dover" might make an appearance during Tuesday's read-through of recent graduates.

It’s great to see some comic relief amid such depressing, unprecedented times!