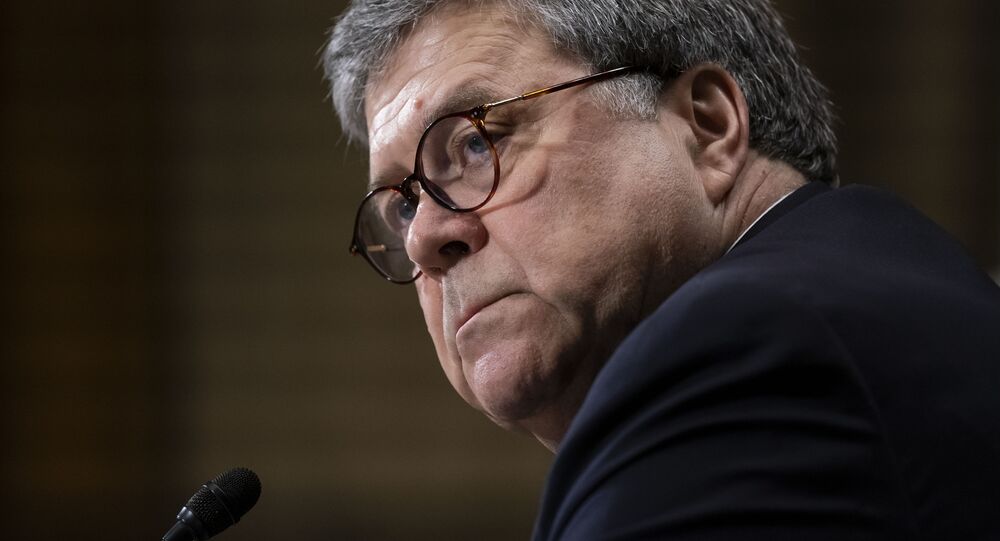 WASHINGTON (Sputnik) - US Attorney General William Barr said during a press conference on Monday that former President Barack Obama and former Vice President Joe Biden are not likely to come under a criminal investigation as part of a review of the Russia probe.

"As to President Obama and Vice President Biden, whatever their level of involvement, based on the information I have today, I don't expect Mr. [US Attorney John] Durham's work will lead to a criminal investigation of either man", Barr said.

Barr said their concern of potential criminality is focused on other individuals.

© Photo : The White House
'The Biggest Political Crime': Does Obamagate Mean Treason, Sedition or Both?
Durham is leading the investigation of the Russia probe origins.

US President Donald Trump's "Obamagate" refers to the recent release of documents suggesting Obama knew the Justice Department and FBI created a crime to prosecute his former National Security Adviser Michael Flynn and illegally spied on other members of the Trump campaign.

Barr said, citing a Supreme Court ruling, that there is a difference between abuse of power and a federal crime. Moreover, he said the US criminal justice system will not be used for partisan political attacks.