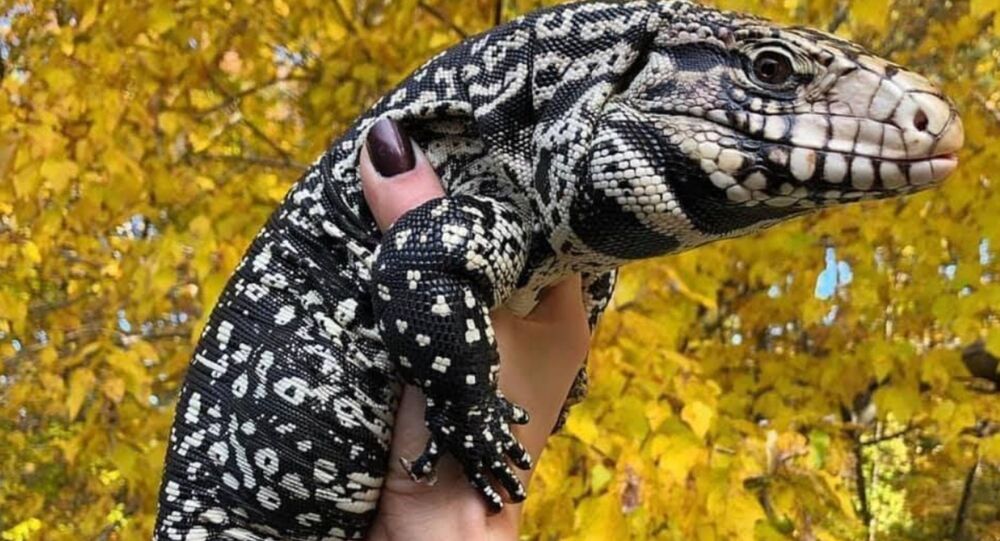 A species of massive lizard is causing concern for wildlife officials in the US state of Georgia, who are attempting to eradicate the invasive reptilian from the state after numerous sightings.

The Argentine black and white tegu (Salvator merianae) is a massive lizard that can get as big as 4 feet long and weigh 10 pounds or more and is native to Brazil, Paraguay and Argentina. The reptiles have been very popular in the exotic animal trade, particularly in Florida, which sits close to Georgia and supports more non-native species of reptiles and amphibians than anywhere else in the world.

However, due to the lizards being released into the wild by owners or escaping, the invasive species is now causing trouble further up the East Coast in Georgia. The voracious, reptilian predators have been found consuming a variety of native wildlife.

“Tegus will eat the eggs of ground-nesting birds - including quail and turkeys - and other reptiles, such as American alligators and gopher tortoises, both protected species. They will also eat chicken eggs, fruit, vegetables, plants, pet food, carrion and small live animals, from grasshoppers to young gopher tortoises,” states the Georgia Department of Natural Resources (DNR).

According to the Orianne Society, which works to conserve critical ecosystems for imperiled reptiles and amphibians, this is now the third year in a row that full-grown, adult Argentine black and white tegus have been trapped in the wild in southern Georgia. The tegu lizard population was found in Tattnall and Toombs Counties and has the potential to spread rapidly.

The sizeable lizards’ particular fondness for eggs makes their current proximity to gopher tortoise and eastern indigo snake populations in the state even more concerning. Georgia Southern University’s Department of Biology and the US Geological Survey are currently leading efforts to identify the extent of the population in order to evaluate eradication potential within the state.

Georgia’s winters have been hypothesized to be a potential deterrent for many invasive reptile species becoming established in the state. However, the three consecutive years of tegu captures strongly suggest the reptiles are able to survive the colder climate. There is also a possibility that adults have already bred, which would dramatically increase their number out in the wild.

The Orianne Society says it is critical to remove invasive species early in the invasion process in order to stop them, and all tegu sightings should be immediately reported to Georgia DNR.

In a Facebook post earlier this week, the Orianne Society wrote, “Tegus seen in Georgia can and should be shot on sight.”