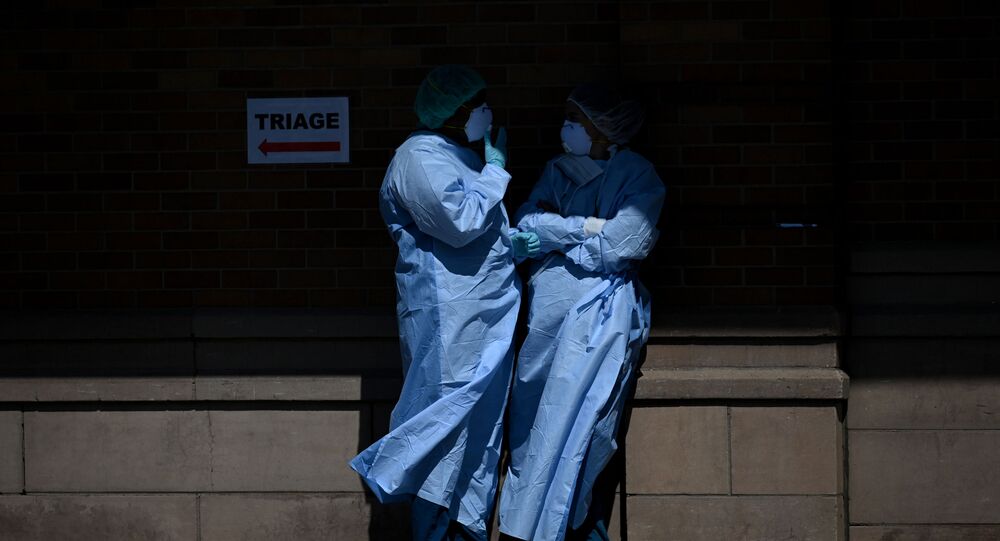 Last month, Rick Bright, head of the US federal agency for the development of a coronavirus vaccine, was fired after he blew a whistle on the implications of the possible use of a drug that was earlier touted by President Trump as a potential therapy for COVID-19.

In his online testimony to the Subcommittee on Health in the House of Representatives on Thursday, former Director of the US Biomedical Advanced Research and Development Authority (BARDA) Rick Bright warned that the country may face an even worse crisis if the government fails to take additional measures to tackle the coronavirus pandemic.

He claimed that the US’ “window of opportunity is closing” and that “without better planning, 2020 could be the darkest winter in [the] modern history” of the country.

“First and foremost, we need to be truthful with the American people. Americans deserve the truth. The truth must be based on science. We have the world's greatest scientists. Let us lead. Let us speak without fear of retribution”, Bright underlined.

The ex-BARDA head slammed the Trump administration over what he described as its failure to fulfil a “standard, centralised, coordinated plan" on the COVID-19 fight, arguing that the White House had missed "early warning signals" to curb the spread of the virus.

Bright remained downbeat about Washington’s optimism to make a coronavirus vaccine in around “a 12 to 18 month timeframe”.

“My concern is that if we rush too quickly, and consider cutting out critical steps, we may not have a full assessment of the safety of that vaccine. So it will still take some time. I think 12 to 18 months is an aggressive schedule and I think it will take longer than that to do so”, the former BARDA boss suggested.

He also said that he would "never forget" a recent email from Mike Bowen, the testimony hearing's other witness and the vice president of the medical supply company Prestige Ameritech; in the email, Bowen allegedly indicated that the US supply of N95 respirator masks was at a perilous level.

“He said, 'We're in deep s**t. The world is’”, Bright testified, adding that he “pushed” the warning “to the highest levels” at the US Department of Health and Human Services (HHS), also known as the Health Department, but that he got “no response”.

"From that moment, I knew that we were going to have a crisis for health care workers because we were not taking action. We were already behind the ball”, the former BARDA director argued.

The testimony came shortly after President Donald Trump tweeted that he had “never met” or “even heard of the so-called Whistleblower Rick Bright”, adding that he sees the ex-BARDA director as a “disgruntled employee, not liked or respected by people I spoke to and who, with his attitude, should no longer be working for our government”.

The remarks followed Bright being ousted in late April as the BARDA head after he opposed Trump’s drive to use a drug touted by POTUS as a possible coronavirus treatment.

“Specifically, and contrary to misguided directives, I limited the broad use of chloroquine and hydroxychloroquine, promoted by the administration as a panacea, but which clearly lack scientific merit. While I am prepared to look at all options and to think ‘outside the box’ for effective treatments, I rightly resisted efforts to provide an unproven drug on demand to the American public”, Bright pointed out in a statement at the time.

Currently, he is looking to be reinstated to his capacity of the head of BARDA as the Office of Special Counsel reviews his complaint, reportedly referring to a "substantial likelihood of wrongdoing" related to his ouster.

The House of Representatives’ Subcommittee on Health's Chairwoman Anna Eshoo, for her part, praised Bright as “the right person, with the right judgment, at the right time”. She added that “we can't have a system where the government fires those who get it right and reward those who get it completely wrong”.

She spoke after Trump announced on Monday an additional $11 billion in aid to US states, territories, and tribal governments to increase the number of COVID-19 tests, which he claimed currently stands at about nine million. He said that 300,000 tests are being performed daily in the US, a doubling of testing capacity in just the last few weeks.

The United States remains the country that has been hardest hit by the coronavirus pandemic thus far, with more than 1.3 million confirmed cases and over 83,900 fatalities, according to the latest estimates by the country’s Centres for Disease Control and Prevention.