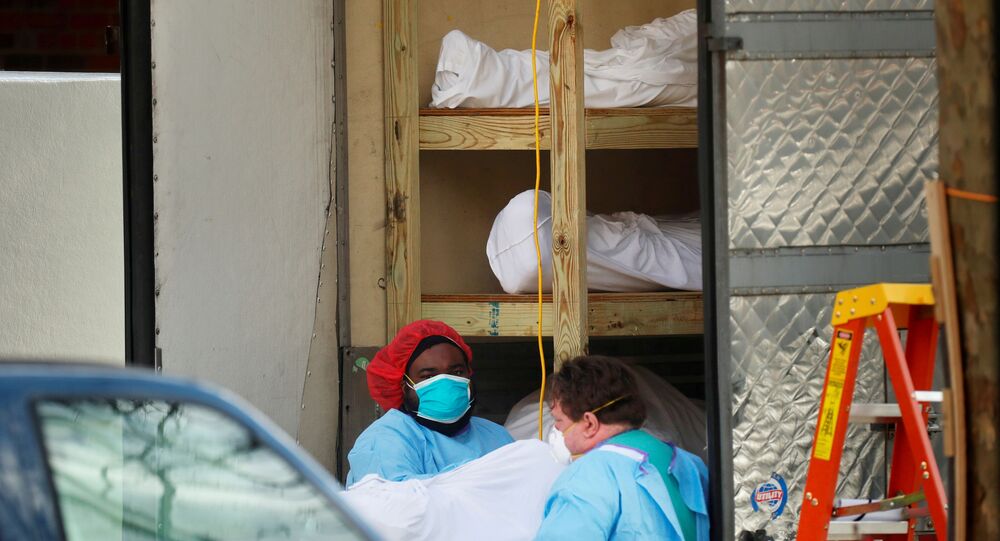 A forecasting model by researchers at the University of Washington estimates that more than 137,000 Americans will have died from COVID-19 by early August, as dozens of states begin to relax lockdown measures.

The university’s Institute for Health Metrics and Evaluation on Sunday updated its model, predicting thousands more lives lost than in the May 4 forecast of 134,475 deaths by early August.

“The increase is explained primarily by people’s movements, as captured in anonymous mobility data from cellphones,” Dr. Christopher Murray, the institute’s director, said in a May 10 news release.

The model shows that in the last few weeks, several US states - Georgia, Montana, North Dakota, Minnesota and South Dakota - have seen at least a 20% increase in mobility patterns. Thirteen states - Alabama, Alaska, Idaho, Iowa, Kansas, Louisiana, Mississippi, Ohio, Oklahoma, South Carolina, Tennessee, Wisconsin and Wyoming - have seen between a 15% and a 20% increase in mobility.

“While at least some of these patterns may be related to formal easing of social distancing policies, this upward trend in movement began in several places long before state-level mandates were relaxed,” Murray noted. “Unless and until we see accelerated testing, contact tracing, isolating people who test positive and widespread use of masks in public, there is a significant likelihood of new infections.”

However, on a positive note, Murray also said that the model is not forecasting a “return to exponential growth” of the COVID-19 outbreak in the US. The institute also states in its release that it found that when the temperature outdoors increases by 1 degree Celsius, there is evidence that the virus transmission rate decreases by between 2% and 3%. This may be promising news, as summer quickly approaches.

The latest data by Worldometer reveals that more than 1.3 million cases of the novel coronavirus have been confirmed in the US, and more than 81,000 people have died as a result. The US states hit hardest by the deadly disease in terms of number of infections are New York, New Jersey, Illinois, Massachusetts and California, in that order.