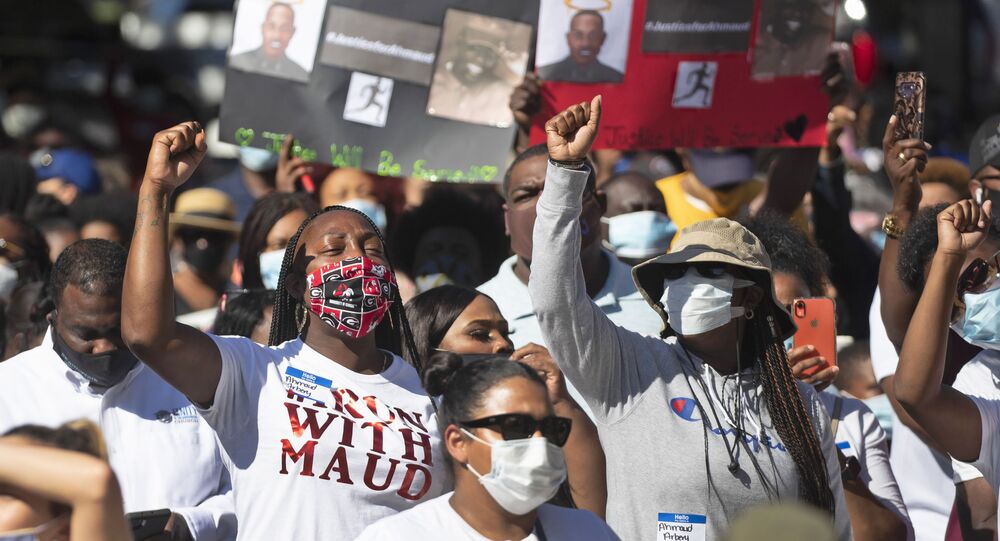 Ahmaud Arbery, an African American man was shot down after being confronted by two white men in southeast Georgia. The two suspects were arrested and charged with murder.

The US Justice Department is weighing the possibility of filing hate crime charges in Ahmaud Arbery's murder case, spokeswoman for the department, Kerri Kupec, said on Monday.

“The Civil Rights Division of the Department of Justice, the FBI, and the US Attorney for the Southern District of Georgia have been supporting and will continue fully to support and participate in the state investigation. We are assessing all of the evidence to determine whether federal hate crimes charges are appropriate," Kupec said in a statement.

The Georgia Bureau of Investigation said last week that it had gathered sufficient evidence for charges of felony murder to be brought.

In February, father and son Gregory and Travis McMichael spotted Arbery jogging and called the police on the suspicion that he could have been involved in recent burglaries in a residential neighbourhood in southeast Georgia.

The two men confronted Arbery, engaged in a brawl with him and gunned him down. Their deed was recorded on video and has since gone viral.

The police apprehended the two suspects. They were charged with murder and aggravated assault. The person filming the crime scene is also under investigation.

The video of the shooting emerged on social media around 5 May, causing a massive public outcry, as many believe the murder to be racially motivated. Arbery's family also claim that he has become a victim of racial hatred against African Americans.