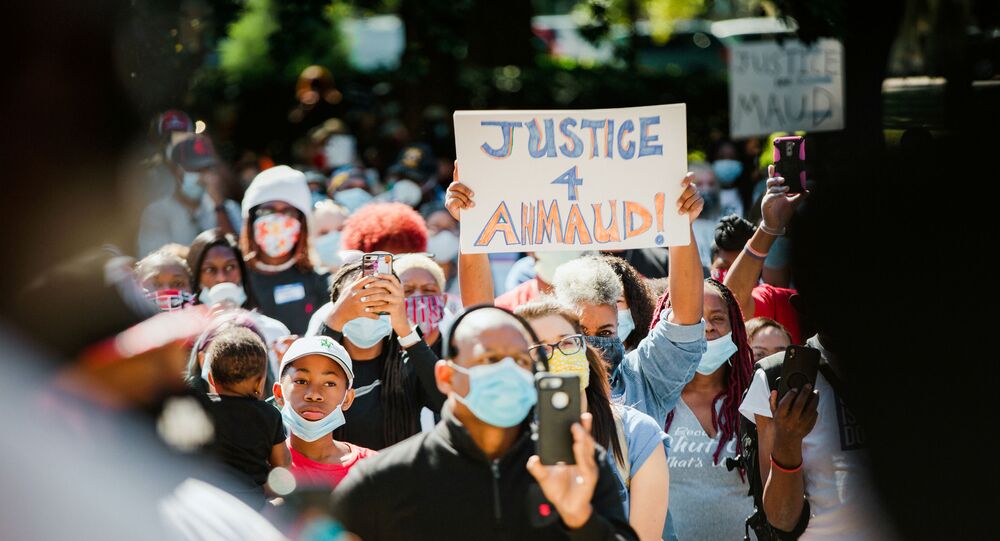 Father and son Greg and Travis McMichael were arrested and charged with murder and aggravated assault 7th May. Greg claims they believed Arbery was responsible for break-ins in the area and followed him in their truck - however, reports suggest there’d been just one robbery in the area since January, in which a handgun was stolen from Travis’ car.

Over 20 New England Patriots players have signed a letter requesting the Federal Bureau of Investigation launch an immediate investigation into the death of Ahmaud Arbery, a 23-year-old shot to death in a Georgia suburb on 23 February.

Outrage in the sports community over Arbery’s death built after a video of the shooting leaked - LeBron James and Stephen Curry posted about Arbery’s death on social media.

“We’re literally hunted EVERYDAY/EVERYTIME we step foot outside the comfort of our homes! Can’t even go for a damn jog man! Like WTF man are you kidding me?!?!?!?!?!?” James furiously tweeted.

​The Players Coalition, a group of NFL players formed 2017 by Anquan Boldin and Malcolm Jenkins following the league’s clash over players kneeling during the national anthem, sent a letter to Attorney General William Barr and FBI Director Christopher Wray on 8th May, not coincidentally Arbery’s 26th birthday, asking for immediate action.

“The local investigation into this case is marred by conflicts, inaction, prosecutor George Barnhill’s very deliberate attempt to ensure Mr. Arbery received no justice, and the current prosecutor’s total failure to act until social media forced his hand. The local police force can never be independent, as the elder-McMichaels used to work there. And Mr. Barnhill’s statements about the case surely have tainted the local jury pool. If people are to have faith in the justice system, the Department of Justice must act with the FBI leading the investigation,” the coalition wrote.

It follows musicians including Jay-Z and Alicia Keys signing an open letter 10th May calling for quick and decisive action in the case.

"By now, we've all seen the crime's disturbing video, so the facts here are not in doubt: He was unarmed and innocent and the victim of a hate crime. "Which is why we call upon you today, as official leaders of the great state of Georgia, and with the entire world watching, to ensure that a fair trial is conducted, as that can only lead to the appropriate felony convictions of both McMichaels. "We also implore you to charge William Bryan as an armed accomplice to the crime,” the letter began.

"We truly appreciate that you have arrested and charged these men with Ahmaud's murder, and are hopeful that a trial and conviction will show that, in the state that gave us Dr Martin Luther King Jr. Dr King's words do ring true: 'The arc of the moral universe is long, but it bends toward justice'."