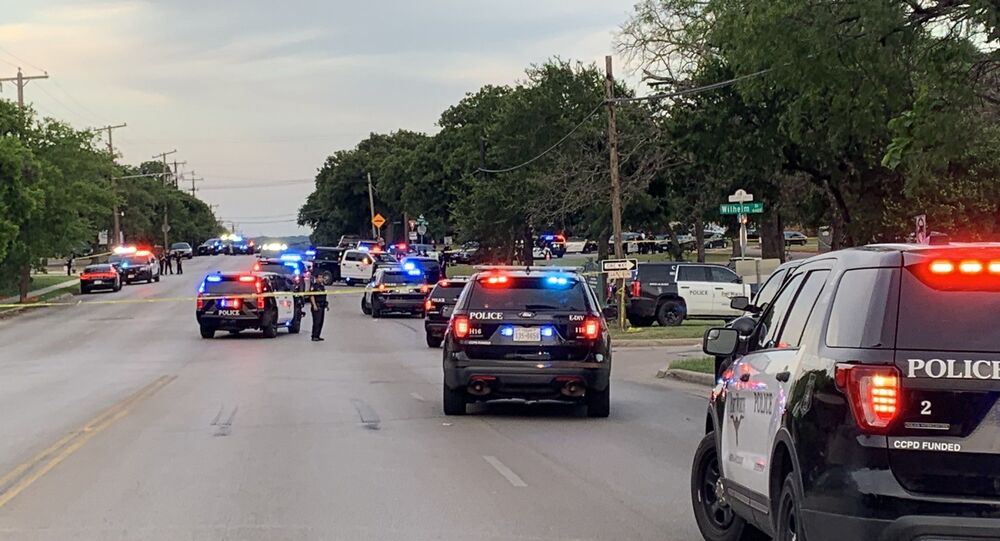 According to local media, multiple people were injured after a shooting occurred in a southeastern Fort Worth park, in the US state of Texas on Sunday.

Fort Worth Police responded to gunfire in Wilbarger park on Sunday evening, arriving to Golden Gate Church on Wilbarger Street.

Local media reported that at least five people were injured in the shooting.

Earlier, the Fort Worth Star Telegram reported four injures, including two in critical condition, one serious and one minor.

The shooting took place at about 6:30 p.m. at Village Creek Park, shown by Fort Worth police traffic.

According to local media, MedStar transported three people to a hospital after the incident and remains on the site with a fourth injured.

PIO en route to Wilbarger Park in reference to the shooting. Will share staging area once we arrive.

Users shared photos and video allegedly taken in the area of the shooting, demonstrating a massive police presence at the site of gunfire.

We are in southeast Fort Worth where police are investigating several shootings at Village Creek Park at the corner of Wilbarger and Wilhelm st. @NBCDFW pic.twitter.com/GEgm7Mynpl

Huge police presence at Village Creek Park in Fort Worth where four people were injured in a shooting. @startelegram https://t.co/rzWa6ll1Wr pic.twitter.com/MlrjAIA5pa

Police sirens can be heard on the video as people run away from the site.

​No further information is immediately available. An investigation into the shooting is ongoing.