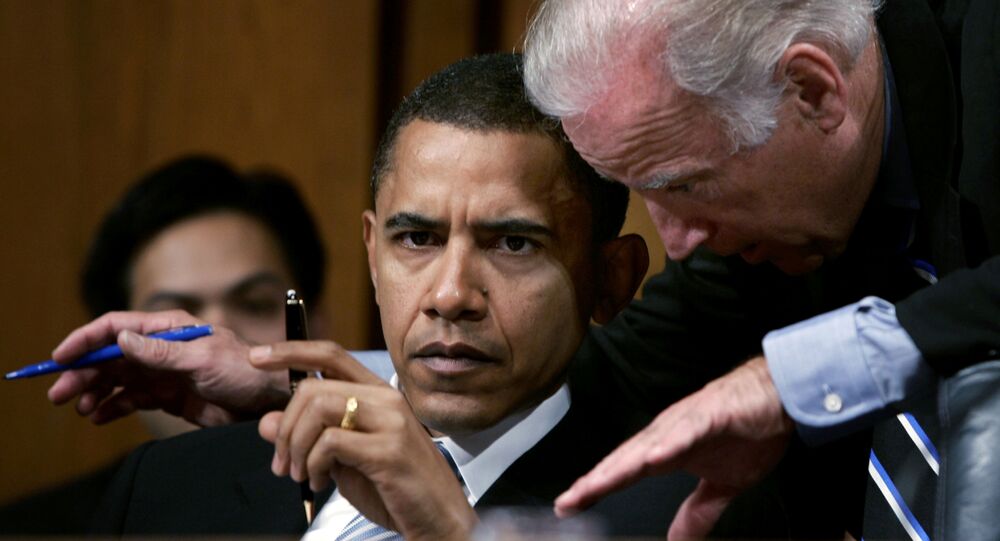 On Friday, former US President Barack Obama torched a Justice Department decision to drop the criminal case against Trump's former national security adviser, General Michael Flynn, reportedly stating that “rule of law is at risk” in the United States.

The Lead attorney for former US National Security Adviser Michael Flynn, Sidney Powell, during an interview on ‘Sunday Morning Futures’ on Fox News network, accused former US President Barack Obama of being involved in a plot allegedly orchestrated by top officials to frame the retired general.

Flynn, a Trump appointee, admitted to giving false testimony to the FBI about his contacts with Russia, pleading guilty, before seeking to withdraw the plea. On 7 May, the US Justice Department announced it would drop their case against him.

“These agents specifically schemed and planned with each other how to not tip him off, that he was even the person being investigated,” Powell said, pointing out that FBI officials did not inform Flynn that he was under investigation during the their conversations with him. “So they kept him relaxed and unguarded deliberately as part of their effort to set him up and frame him”.

“The whole thing was orchestrated and set up within the FBI, [former Director of National Intelligence James] Clapper, [Former CIA Director John] Brennan, and in the Oval Office meeting that day with President Obama,” the attorney continued.

In response to a question on whether she believes that Flynn was a victim in a plot in which the former president was involved, the lawyer said, “Absolutely”.

The former national security adviser to Trump was charged with giving false statements to the FBI about conversations he had taken with the Russian ambassador to Washington, Sergei Kislyak. Flynn initially admitted to his guilt, but later tried to withdrew the plea, claiming that FBI agents had tricked him into lying.

On Thursday, the US Justice Department dropped its case against Flynn, citing new information and the fact that the FBI had conducted the inquiry “without any legitimate investigative basis".

The investigation into Trump’s former national security adviser was part of a wider probe into allegations that the president’s campaign conspired with Moscow to influence the 2016 presidential election, that have been denied both by Russia and Trump.

The investigation into Russia influencing the race conducted by special counsel Robert Mueller concluded that there was no criminal conspiracy.