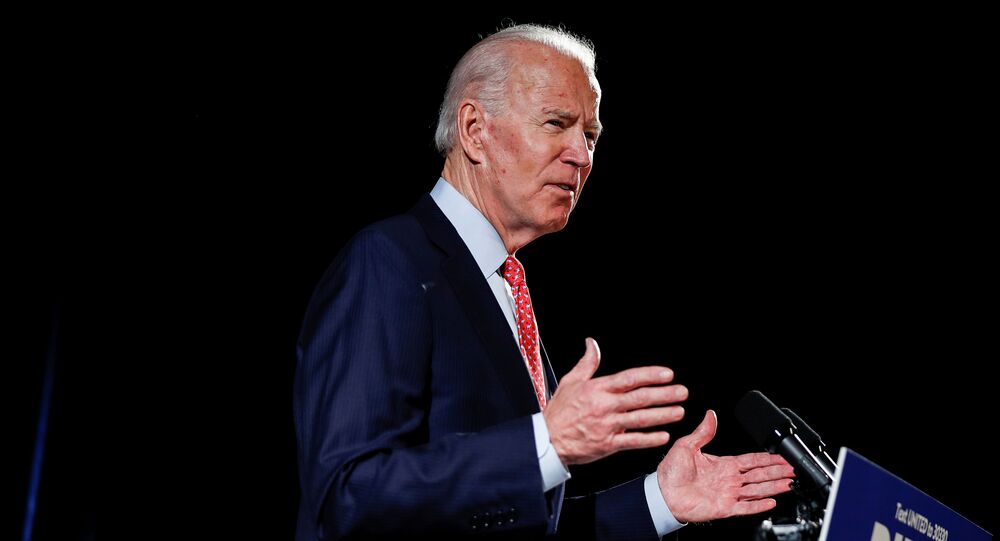 Earlier this year, Joe Biden became the presumptive Democratic nominee to face Donald Trump in the November elections after the withdrawal of all rival Democratic Party presidential candidates, including Bernie Sanders.

The election campaign of presumptive Democratic nominee Joe Biden is “secretly building a Republican group”, which could include those from the NeverTrump movement, the Daily Beast reports.

The US news website cited an unnamed Republican source as saying that the group, which may be part of the so-called “Republicans for Biden” movement, is “literally just forming” and that “[..] it's going to take off, it's going to happen; the question is to what degree and form it does”.

"You don't want something like this out on the street before it needs to be. It just makes it much harder to do", the source added.

A second GOP official source suggested that any effort to build the group will likely come from the Biden campaign's vast network, adding, "my impression is the official one will be part of the campaign".

“My impression, more than an impression, is they have been cautious about going ahead with anything official ‘Republicans for Biden,’ [partly because] they want to make sure the Democrats are all okay first”, the source was cited by the Daily Beast as saying.

The remarks were echoed by another GOP official who warned that "a coalition like this has to be knitted together very carefully because it can very quickly fall apart and everyone is made to look stupid; that's the last thing that anyone who gets out on this bandwagon wants to do when they realise that the wheels aren’t on securely".

The comments followed Biden saying late last month that he was speaking to many Republicans, including his "former colleagues", and that they “are calling and saying Joe, if you win, we’re gonna help”.

Biden remains the presumptive presidential hopeful to challenge incumbent Donald Trump in the 3 November elections, after Senator Bernie Sanders wrapped up his bid for the Democratic Party's nomination in April.

'I Can’t Vote for That Guy': Joe Rogan Says He Would Rather Vote for Trump Than Biden