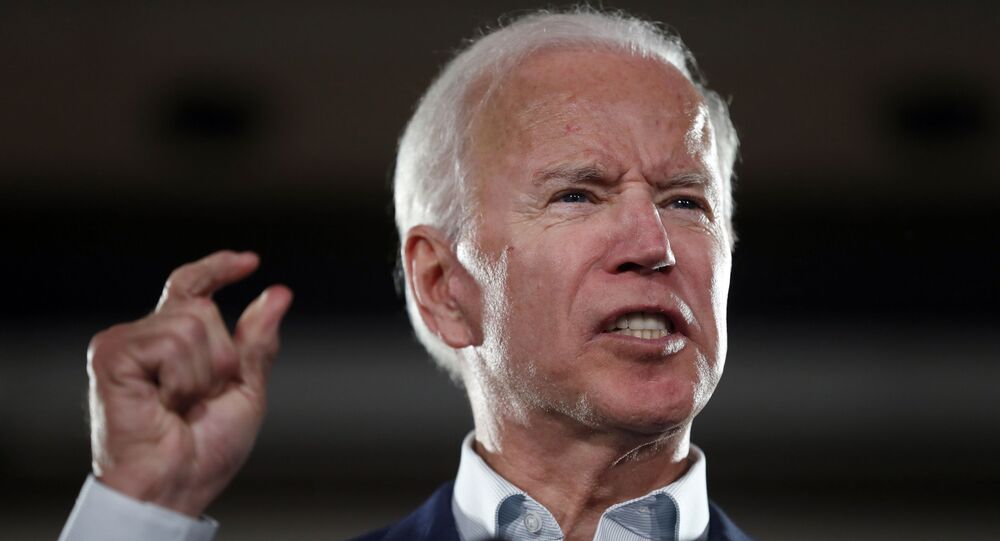 Tara Reade, a former employee of Joe Biden at the Capitol, has accused the ex-US vice president and presumptive Democratic presidential nominee of sexually assaulting her in 1993.

The host of HBO's "Real Time", Bill Maher, on his Friday show questioned the timing of Tara Reade’s sexual assault accusation against the Democratic Party's presumptive presidential nominee in the 2020 US election, Joe Biden, arguing that the former vice president is “our only hope” against President Donald Trump.

“You waited 27 years. You think it couldn't wait a few more months? That's what I’d like to ask Ms Reade. Why now?” Maher questioned. “I'm not saying why not 27 years ago. I understand it can take victims years to come forward. I'm saying, why not before Super Tuesday? Why not last fall when we still had a dozen other candidates to choose from? Why wait until Biden is our only hope against Trump and then take him down?”

The commentator also mocked The New York Times for its suggestion that Reade’s allegations against the presidential hopeful be investigated by the Democratic National Committee (DNC).

“The New York Times is calling for the DNC to establish a truth panel on this. Truth panel, huh? Which part? Putin’s reverence for animals or how intoxicating he is to women?” the comedian said, referring to Reade's earlier remarks about Russian President Vladimir Putin.

Maher, however, said that the Democratic Party should “thoroughly” examine the woman’s allegations for the party to “keep its credibility”. He argued that Democrats have “'woke' themselves into a corner” by echoing the “believe all women” all the time.

“That was never tenable because believing everything doesn’t make you noble", Maher noted. “It makes you gullible and leaves us with the world where Republicans don't care about this stuff. So it's just a unilateral weapon that is used only against Democrats”.

On 9 April, Reade filed a criminal complaint against Biden, accusing him of sexually assaulting her in 1993 when she was working for him at the Capitol. The woman claimed that the Democratic candidate pushed her up against the wall in a Senate corridor and penetrated her with his fingers.

Reade has argued that her accusations were not politically motivated and said this is about watching the person that assaulted her “be elevated to the highest office in the land”.

Joe Biden is currently considered the presumptive Democratic nominee in the November 2020 US election against Republican President Donald Trump who is seeking re-election for a second term.