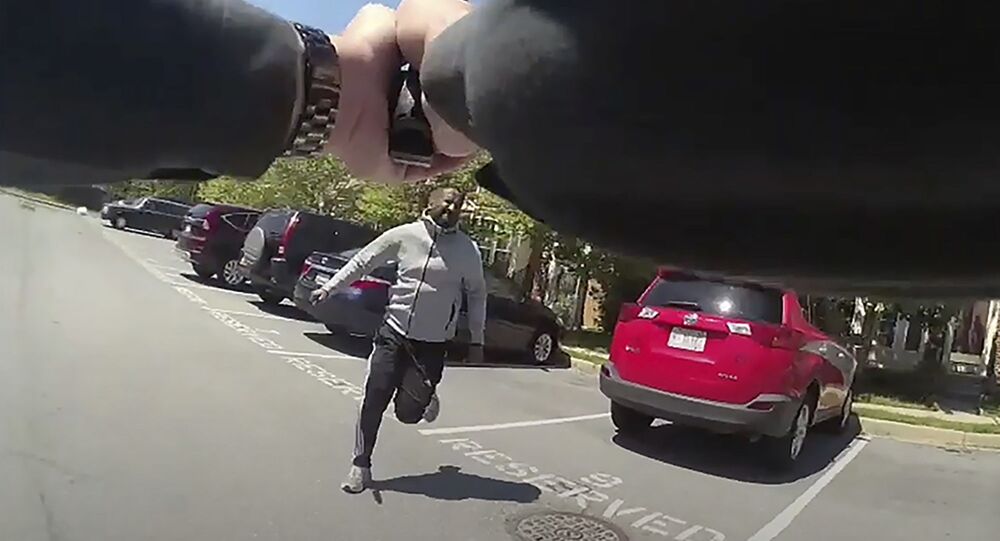 The fatal shooting, which was recorded by a body camera worn by the police officer, is said to have taken place on Thursday in White Oak, Montgomery County, Maryland, United States.

The Montgomery County Department of Police in the US state of Maryland has released on Friday video of an officer fatally shooting a man who appears to be intending to stab him with a knife.

The police officer, identified as Montgomery County Police Sgt. David Cohen, was heard in the video shouting to a man, identified as 30-year-old Finan H. Berhe, formerly of the White Oak area of Silver Spring, to put down the knife and get on the ground.

Berhe appeared in the video to first rush towards Cohen with a knife, before stepping back between cars parked on the side of the road. Berhe again rushed towards the officer, who shouted “Put the knife down! Get on the ground! I don’t want to shoot you!”, prompting Cohen to shoot him five time in the chest.

The police officer was said to have immediately rendered first aid to Berhe, before the latter was sent to hospital, where he died, according to The Washington Post, citing Montgomery County Police Chief Marcus Jones.

Jones reportedly narrated that the story began when a neighbor of Berhe called the police and reported that the latter had thrown a rock through his window and told him to call 911.

The Montgomery County Police Department said in a statement that they are currently investigating the incident. Cohen, a 17-year veteran of the department, has been placed on paid administrative leave pending the outcome of the investigation.