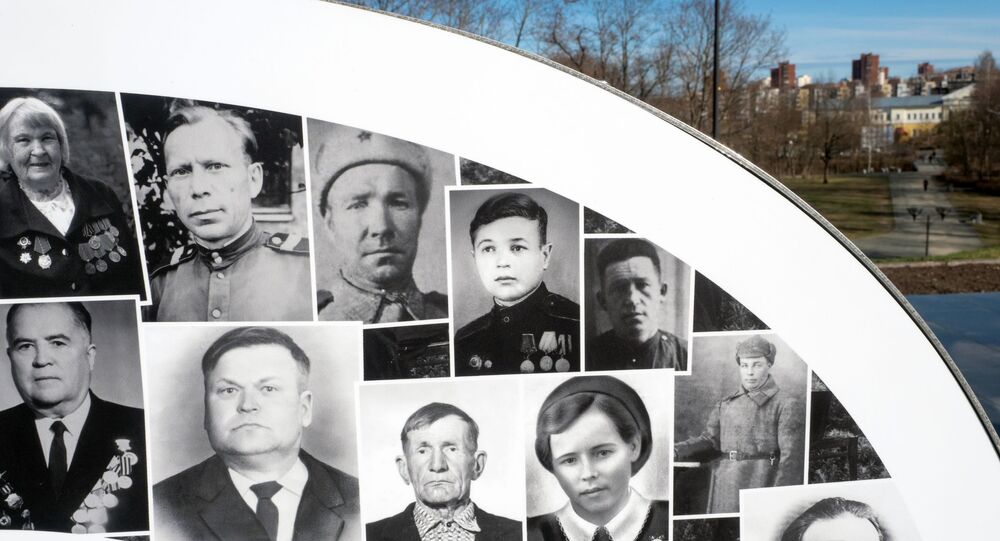 US Says Too Little About Joint Victory Over Nazism - Soviet Veteran

WASHINGTON (Sputnik) - Soviet and American troops met each other in 1945 at the Elbe River in Germany and in Czechoslovakia, but now the US says too little about the joint victory over the Nazis in World War II, Soviet veteran Nikolai Zaitsev told Sputnik ahead of the 75th anniversary of the historical triumph.

"We had fought together, and I fraternized with American tankers near the Czech city of Pisek, southwest of Prague, but unfortunately nobody in the US tells about our joint victory," Zaitsev, who currently lives in New York, said.

The retired 96-year-old colonel complains that no one in US history textbooks discovers the truth of Soviet-US cooperation during World War II and the role of the USSR in the victory over Nazi Germany.

In early May of 1945, Zaitsev - with the 98th division of Guards - participated in the liberation of Vienna. Then, on 7 May he got an order to cross the Danube and enter Czechoslovakia with his recon group.

"I was directed to avoid engaging confrontations with retreating fascists and move towards the city of Pisek to meet with the Americans," he said.

He first caught wind of the historical victory near the Czech city of Jindrichuv Hradec.

"We were understanding that the war is about to end. The victory was declared just after midnight of May 9," he said.

Even 75 years later, Zaitsev recalls that moment with a faltering voice: "We began... hugging each other, nobody could believe that we have survived to such a great moment."

Meanwhile, the group had to continue its way early in the morning.

"A US tank stopped us near the city of Pisek. Local residents stood nearby. We began hugging each other, and they invited us to the meeting near the city hall," Zaitsev said.

The veteran recalled a 5 year-old girl who ran up to him. He took her into his arms and came to the city.

Zaitsev stressed the importance of the meeting with the Americans who have helped the Soviet Union to defeat Hitler.

"We were fraternizing with young American lieutenants," he said. "Of course, we did not understand each other, but nobody needed translation as our feelings spoke for themselves... These impressions are unforgettable."

Zaitsev was an 18 year-old lieutenant when he began his own war in 1943 near the city of Mga, 70 kilometers (43 miles) from Leningrad (now St. Petersburg).

The offensive was the shortest but one of the bloodiest in World War II history.

"Once, I found an enemy mortar battery striking us, and I asked for permission to destroy it," Zaitsev recalled. "My commanding officer accepted a great responsibility, allowing a young lieutenant to direct the fire of the whole battery."

However, that lieutenant - Zaitsev - executed the combat mission, which his commanders considered an act of bravery.

After the battles near Leningrad, Zaitsev fought in multiple locations, liberating Latvia, Ukraine, Hungary and Austria.

"We marched through Budapest and staged a strike against fascists near Balaton Lake," the veteran said.

In spring of 1945, he participated in Vienna offensive.

"We were some south of Vienna, striking retreating units of Nazis," he recalled.

Living in the US, Zaitsev conducts serious educational work, telling Americans about his war experience. He is an honorary chairman of the re-enactors club of the 193rd rifle division of the Red Army.

"People react differently to stories about war," the veteran said. "Many of them commend us for the victory."

Zaitsev noted how one American approached him during a show in the state of Pennsylvania, asking permission to sing the Russian Anthem in Russian.

"I told him, 'let’s go, sing as loud as possible,'" the Soviet veteran said.

This year, Zaitsev was eager to participate in the Immortal Regiment in New York - a Russian tradition that commemorates the millions of people who died fighting against Nazi Germany.

The coronavirus pandemic has changed his calculations but he hopes this action will take place later.

"Such meetings are very important," he acknowledged.

Asked to compare the war and the coronavirus, Zaitsev said 75 years ago humanity defeated a much more dangerous enemy than now.

"There was more fear at that time than today," he said. "You never knew where the bullet would come from."