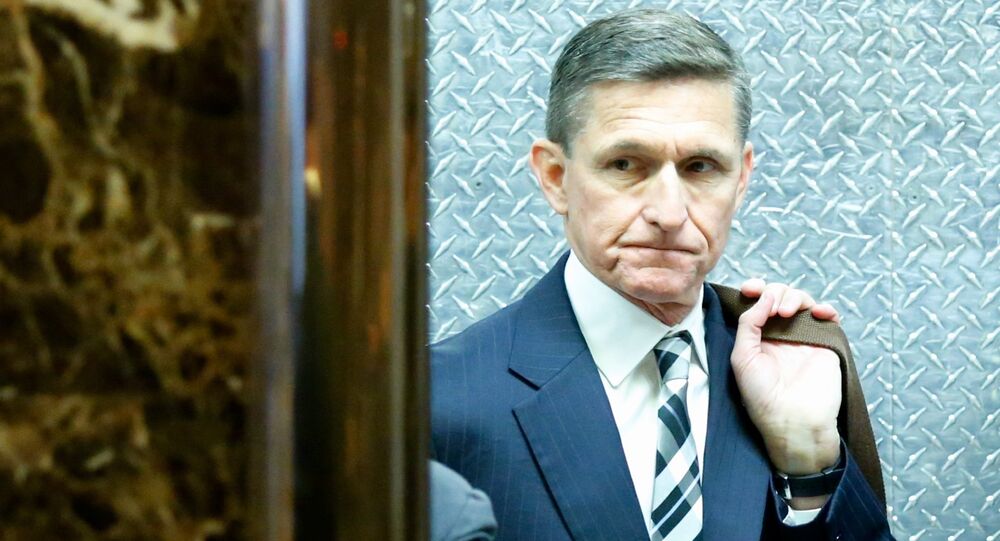 "The FBI exists to investigate crimes, but in the case Lieutenant General Michael Flynn, it appears that they might have existed to manufacture one", McEnany said.

McEnany said it is important to take the revelations in Flynn’s case seriously.

On Thursday, the Justice Department dropped the criminal charges against Flynn. Flynn's attorneys said last week that newly-unsealed documents revealed the FBI set up their client, adding that Flynn had done nothing wrong and pleaded guilty for lying to the FBI only after the agency threatened to prosecute his son.

© REUTERS / Carlos Barria
'It's a Treason': Trump Slams Obama Administration Over Flynn After DOJ Drops Charges
Flynn was prosecuted for lying to investigators about holding conversations with then Russian Ambassador to the United States Sergey Kislyak, including regarding the prospects for lifting US sanctions against Russia.

Russian officials have repeatedly refuted claims of US election meddling, saying they were made up to excuse the loss a presidential candidate in the 2016 election and deflect public attention from real instances of electoral fraud and corruption.