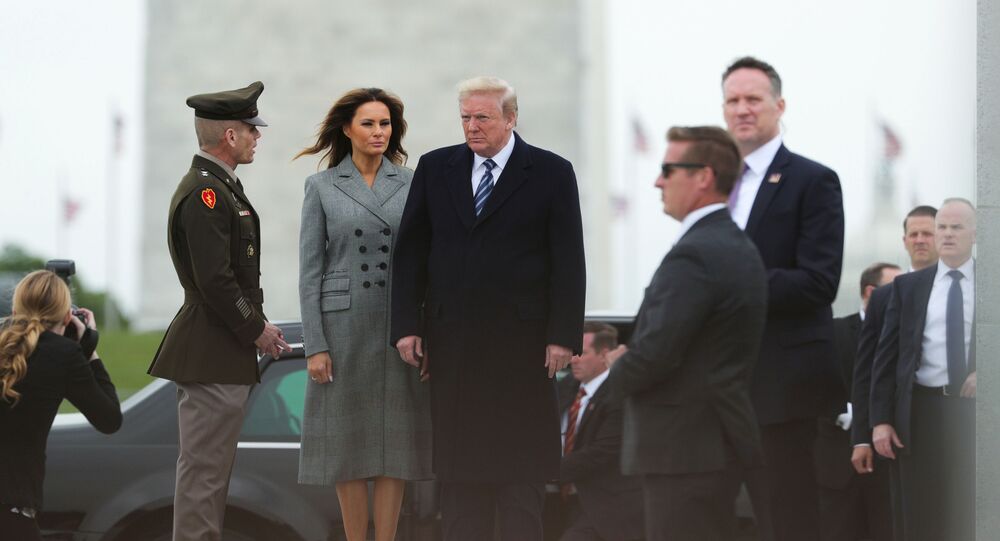 Nations in Europe observe May 8 annually as the day when Nazi Germany acknowledged its unconditional surrender in 1945, thus ending World War II.

The American leader greeted several US veterans who fought against fascists. One of them, 100-year-old Steven Melnikoff, participated in the D-Day invasion of Normandy, France, in June 1945. Another one, Gregory Melikian, 97, was the first soldier who sent the coded message about the unconditional surrender of Germany.

Trump, accompanied by his wife, kept silence during the whole ceremony. He paid tribute to the veterans stopping in front of columns that symbolized different branches of the US military.