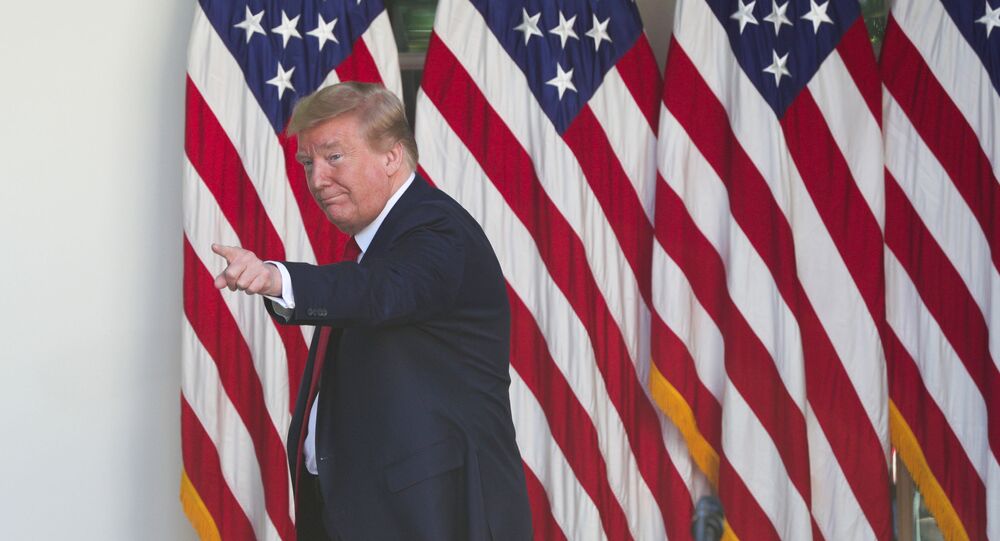 Trump to 'Make Announcement on WHO Funding Soon'

WASHINGTON (Sputnik) - President Donald Trump on Friday said he would soon announce his final decision concerning US funding for the World Health Organisation (WHO) after earlier vowing to hold the agency accountable for the spread of the deadly coronavirus.

"The World Health Organisation, you know, we pay them almost $500 million a year. I am going to be making an announcement on that soon, because they are like a puppet for China", Trump said in an interview with Fox News. "So, I am going to make a decision very soon".

The statement comes after US State Secretary Pompeo also told ABC on 3 May that there was "significant" evidence that the new coronavirus came from a Chinese laboratory in Wuhan, claiming that China has "attempted to conceal and hide and confuse" the world since the outbreak began, something repeatedly denied by China.

© REUTERS / BRENDAN MCDERMID
WHO Says It Received No Data from US Proving Artificial Origin of COVID-19
In April, Trump announced that the United States would suspend funding to the WHO, accusing the organisation of botching the COVID-19 outbreak response.

The World Health Organisation declared the COVID-19 outbreak a pandemic on 11 March. To date, more than 3.8 million people have been infected with the coronavirus worldwide, and nearly 270,000 people have died, according to Johns Hopkins University.